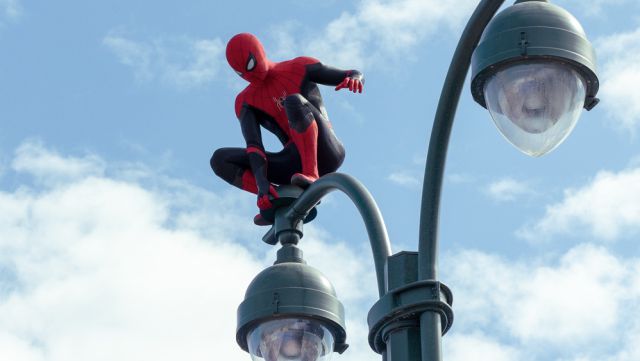 Spider-Man No Way Home: One of the great surprises at the end of the film is the revelation of the new classic-cut suit of the MCU Spider-Man: this is its design in detail. Spider-Man: No Way Home closed its run in theaters with a resounding success with more than 1,850 million dollars in collections, thus becoming the sixth highest-grossing film in history, a feat achieved in the midst of the pandemic. And a few weeks after its arrival on the domestic market with its different digital and physical editions loaded with extras, the creative people of Marvel Studios are releasing their conceptual works for the film. And in this sense, the publication of Ryan Meinerding, a Marvel artist, stands out, who has shared the design of the final suit of the UCM Peter Parker and that amazed everyone with just a few seconds on the screen.

This is the new Spider-Man suit (UCM)

And it is that as fans will remember, the last scenes of Spider-Man: No Way Home showed us a Peter Parker who accepted his new reality with a version of himself much more attached to the classic comics, that is, a young superhero who he must fend for himself and that he makes his clothes himself, without the help of any billionaire mentor.

And it is here when we see some remnants on a table in Peter’s new apartment, at the same time that we see Spidey go out the window with a costume never before seen in the UCM and that pays homage to the two previous cinematographic Spider-Man and that we see in the film itself, with Tobey Maguire and Andrew Garfield. Now, and thanks to the publication of this Marvel artist, we can observe in great detail the appearance of this new Spider-Man with a classic air, both in the design of the suit and in its colors, although with a more electric blue and what appear to be the eyes of Tom Holland’s previous suits in the movies.

A suit that will surely look better than ever in the next movies of the arachnid superhero in the cinema.

Age of Empires 3: The African Royals DLC is Now Available