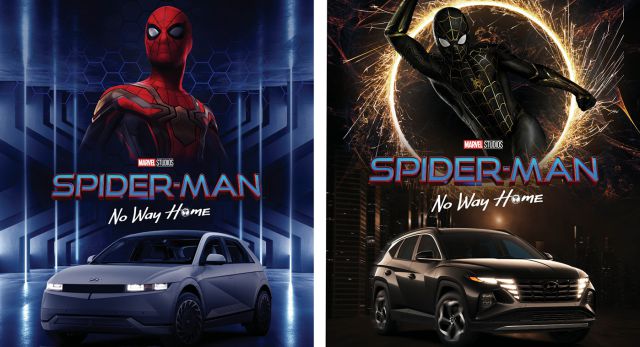 Spider-Man No Way Home: The North American affiliate of the Korean brand is a sponsor of the film and therefore has created a witty ad with Tom Holland and Jacob Batalon.
Spider-Man: No Way Home, the long-awaited new film of the spider superhero from Marvel Studios and Sony Pictures, presents a funny and witty ad in collaboration with the US subsidiary of Hyundai, the well-known South Korean car brand. But the best of the matter is that beyond creating a standard ad with the movie logo and some reference to Spidey here and there, they have presented a clip that could well pass for a small prequel to what is to come with No Way. Home.

History between Far From Home and No Way Home

Thus, this announcement that presents a new electric vehicle from Hyundai, the so-called IONIQ 5, serves as a pretext to tell us a little story that could well have happened between Spider-Man: Far From Home and the next installment, Spider-Man: No Way Home. And it is that after announcing in the media the true identity of Spider-Man after the manipulation of Mysterio at the end of Far From Home, the ad shows us a Peter Parker hidden in a roadside motel.

Seeing the umpteenth program about his identity on television, Peter decides to take matters into his own hands, put on the suit and return home to solve the mess, shooting one of his cobwebs into … nothingness. And it is that Peter is literally in the middle of nowhere, so he decides to start walking down the road towards New York, not without shooting a spider web at a scarecrow with a curious resemblance to Mysterio himself.

Although after a while humming the classic theme of his character, Ned appears in a brand new Hyundai IONIQ 5 to pick up Peter, all to take him back to his home which, curiously, is 300 miles away, the same autonomy of the car on a single charge. As a final small detail, Peter enters a New York address that could well be that of Doctor Strange in the browser, leading to the subsequent encounter with the supreme Marvel wizard that we saw in the trailer for Spider-Man: No Way Home.

A witty way of announcing itself as part of a film by Hyundai, without a doubt and that allows us to see two of the protagonists of the long-awaited film in a unique situation. Spider-Man: No Way Home opens in theaters in Spain on December 16, 2021.