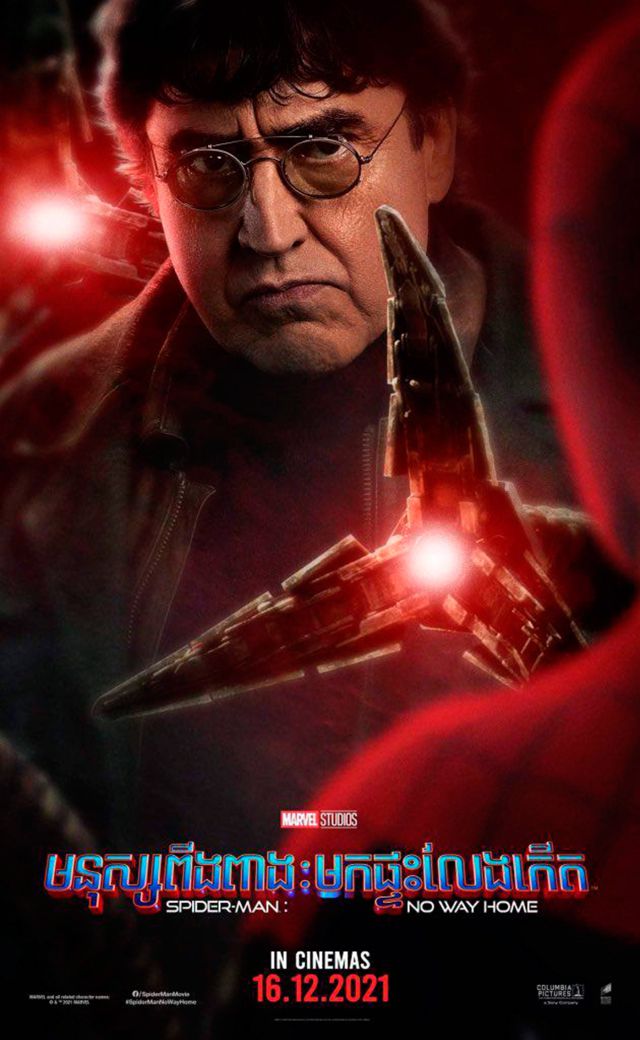 Spider-Man No Way Home: The new spider superhero movie continues to share all kinds of promotional materials, this time with posters of the main villains. Spider-Man No Way Home, the new and highly anticipated film of the spider superhero from Marvel Studios and Sony Pictures, continues with its promotional machinery at full throttle with all kinds of publicity materials, from trailers to short-term spots, passing through a multitude of posters with several of its protagonists. Although now comes the time for the villains of the film; and it is that those responsible have shared the individual posters of three of its main antagonists. And the images couldn’t be more shocking.

Thus, up to three individual posters of the movie’s villains have been distributed, one dedicated to Doctor Octopus, another for the Green Goblin and a third for the new version of Electro, waiting to have the individual posters of both the Lizard and of the Sandman. Be that as it may, these are three images that leave us close-ups of each of them with great detail, all three with Tom Holland’s Spider-Man on his back.

Beyond the new close-ups of Doc Ock and the Green Goblin from Tobey Maguire’s Spider-Man films, thanks to the Electro poster it seems that it is confirmed that Iron Man’s Arc Reactor ends up in the hands of the character played again by Jamie Foxx, with a very different version of Electro than the one we saw in The Amazing Spider-Man 2.

Along with the posters of the villains we also have other promotional images of the film, in this case, of the IMAX version of it, with Spider-Man wearing the Iron Spider with a background that seems to point to the distortion of reality at hand. from Doctor Strange. Spider-Man No Way Home opens in theaters in Spain on December 16, 2021.

Dark Souls: Explaining the Story behind the Bed of Chaos