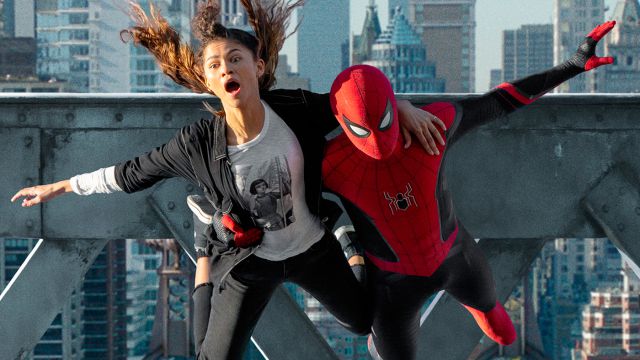 Spider-Man No Way Home: The most anticipated film from Marvel Studios with Sony Pictures closes the Homecoming trilogy; its protagonist talks about the filming and the future of Spidey. Spider-Man: No Way Home, the most anticipated Marvel Studios film with Sony Pictures of the year, hits theaters at the end of next December and its makers have offered exclusive new material to Entertainment Weekly, with a couple of images unpublished from the film and statements by Tom Holland talking about what it has been like to work with Alfred Molina as Doctor Octopus and what the closing of the Spider-Man Homecoming trilogy represents for the team in the MCU. What does the future hold for the franchise?

As we already know, Spider-Man: No Way Home will kick off right after the end of Spider-Man: Far From Home and the revelation to the world of Spider-Man’s true identity. For this reason, Peter Parker uses the wisdom of his colleague Doctor Strange to try to solve a situation as dangerous as it is annoying; However, Strange’s spell does not go as expected, unleashing a series of events that include the return of villains from previous Spider-Man sagas such as Doctor Octopus, Electro or the Green Goblin. Or so the first trailer for the film suggests.

Now, Tom Holland himself has spoken about what it has been like to work with the actor Alfred Molina, assuring that he is one of the favorite people he has worked with: “It was very fun to see how technology has advanced. When he made these movies, his arms were puppets, and when we did, they are all imaginary and CGI. It was pretty cool to see him relive it, but also to learn it again. ”

On the other hand, Spider-Man: No Way Home represents the closing of the first Spider-Man trilogy as part of the MCU. And for now nothing is known about a possible second trilogy; or that’s what Holland says: “We’ve all been treating it like the end of a franchise. I think if we were lucky enough to re-immerse ourselves in these characters, you would see a very different version. It would no longer be the Homecoming trilogy. We would give it some time and try to build something different and change the tone of the movies. Whether that happens or not, I don’t know. But without a doubt, we were treating the trilogy as if it were coming to an end, and we felt that way, ”continues the actor.