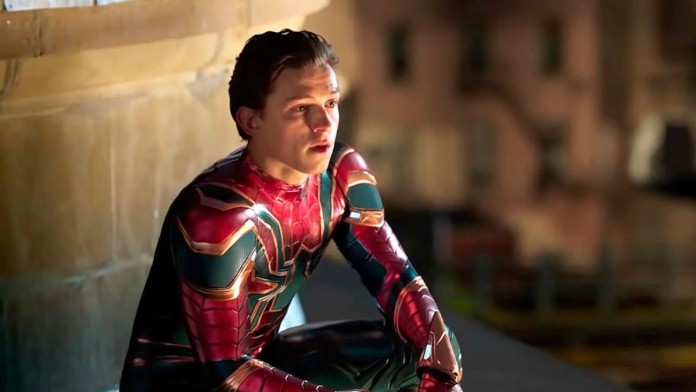 Spider-Man: No Way Home: With only a month to go before the premiere of this Spider-Man 3 from the Marvel Cinematic Universe, little by little we are seeing new images of the shoot. Spider-Man: No Way Home, the third Spider-Man movie in the Marvel Cinematic Universe starring Tom Holland as Peter Parker, is getting closer and closer. The first trailer of him gave us the creeps, especially because of how the multiverse is materializing, so each new dose of information is received with open arms. Now, from Onset.Unseen an image has appeared of the young British actor walking down a completely snowy New York street; presumably looking for a specific direction in a scene on the film.

Although it has no context, it is striking that the photography is located in a snowy environment. Of everything we’ve seen of Spider-Man: No Way Home, it takes place in a summery time, not in the winter months, so the movie may span a period of several months.

During the first trailer of the film we could see Doctor Octopus (Alfred Molina), pumpkin bombs of the Green Goblin / Norman Osborn and rays of Electro (Jaime Foxx), which reinforces the idea of ​​being able to see even more characters from the original trilogies by Sam Raimi (Tobey Maguire) and Marc Webb (Andre Garfield).

Spider-Man: No Way Home opens in theaters on December 17

Fans are expecting the next trailer for Spider-Man: No Way Home to drop in the coming weeks. Sony Pictures’ silence aims to be intentional. The expectation is maximum. We remember that this November 5 Eternals premieres, while on November 24 we have an appointment with Disney + to see the Hawkeye miniseries. In 2022 we will be able to attend the cinema to see Doctor Strange in the Multiverse of Madness on May 6, 2022; Thor: Love and Thunder on July 8, 2022; and Black Panther: Wakanda Forever on November 11, 2022.

The most used emojis in 2021 have been revealed!

Reconstructor In Returnal: What It Is And How To Get Ether