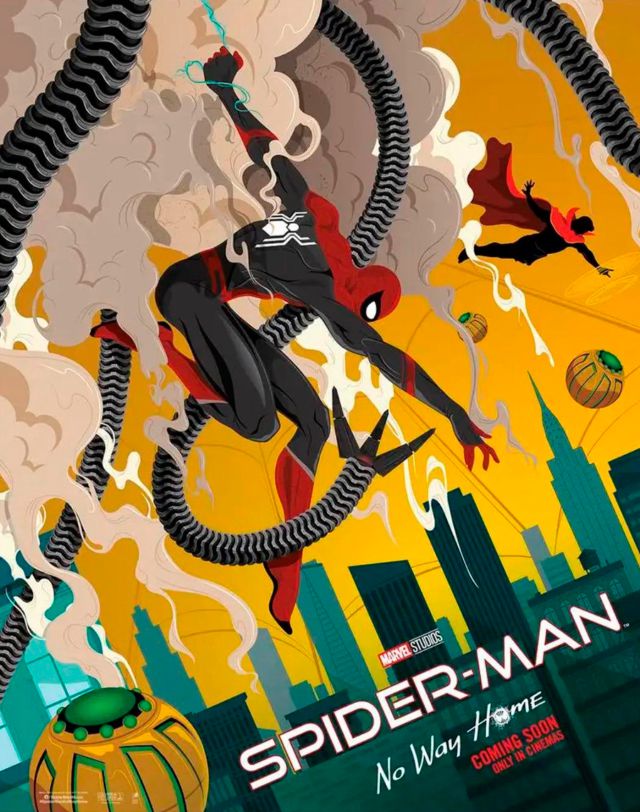 Spider-Man No Way Home: The new movie of the arachnid superhero confirms its age rating, the length of its footage and shares new promotional materials. This end of the year will be marked by the premiere of Spider-Man: No Way Home, the new film from Sony Pictures and Marvel Studios as part of the UCM that aims to become a phenomenon at all levels. And the expectation is such, that it is already the movie with the most pre-sale of tickets in the history of cinema, even surpassing Avengers Endgame. Now, the film confirms the total length of its footage and its age rating, as well as sharing new promotional materials such as new posters or a video clip with previously unreleased scenes.

Thus, Spider-Man No Way Home will last 150 minutes, or what is the same, 2 hours and 30 minutes; By comparison, Spider-Man Homecoming was 133 minutes long while Spider-Man Far From Home was 129 minutes long. All in all, it will be the longest Spider-Man movie ever, including previous Tobey Maguire and Andrew Garfield films, whose villains return for the occasion.

On the other hand, it has also been confirmed that Spider-Man No Way Home will have a PG-13 age rating, that is, the same rating as the rest of the UCM films, so it will not be recommended for children under 13 years of age. The reasons for this rating by age is that the film includes “sequences of action and violence, some language and brief suggestive comments”. Recall that Tom Holland himself recently claimed that Spider-Man No Way Home is the most violent and dark Spider-Man movie to date.

We close with a new video clip or television spot, this time for South Korean channels and that lets us see unpublished and expanded scenes from others already seen in previous spots. Spider-Man No Way Home opens in theaters on December 16, 2021.

MultiVersus will add a Gremlins Character Next Week

What do we know about Mass Effect and Dragon Age?