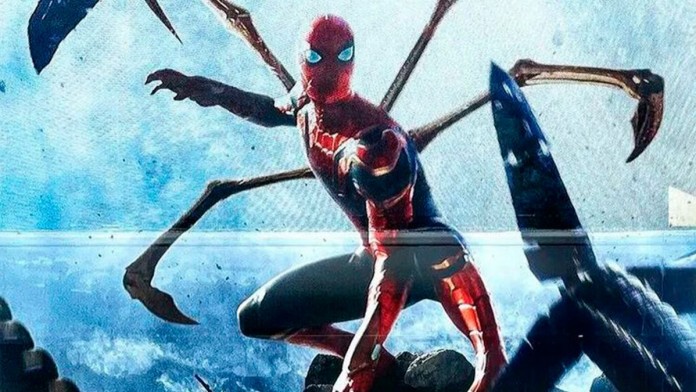 Spider-Man: No Way Home: A first promotional poster for the new movie of the arachnid superhero appears in Australia and fans argue about its veracity; Spidey vs Doc Ock. Just over a month after its theatrical release, a first promotional poster for Spider-Man: No Way Home has finally appeared by surprise on some buses in the Australian city of Melbourne. And it is that the third part of the adventures of the spider superhero of Marvel as part of the UCM is having a totally unusual advertising campaign, with leaks, rumors and confirmations even by some involved in the film along with a total absence of promotional materials more beyond the first trailer from the end of last August. But is this first poster for Spider-Man: No Way Home real?

Thus, the first information about the sighting of this first promotional poster of Spider-Man: No Way Home has transcended a few hours ago on Reddit, where the photo that accompanies this news has been published along with the testimony of several people who claim to have seen the poster in different locations in Melbourne through public transport in the Australian city.

The image shows Tom Holland’s Spider-Man in one of his typical superhero poses, dressed in the Iron Spider and the mechanical legs on his back activated to face the tentacles of Doctor Octopus, as we saw in the first trailer of the movie. All this with a dimensional vortex of what looks like New York City in the background.

Of course, both the image and the different logos that can be seen on the poster seem real, which would give the poster truthfulness, in addition to the placement itself on public buses in the city of Melbourne, thus giving the starting signal to the campaign advertising for Spider-Man: No Way Home around the world. The only thing that stands out is that the pose of Spider-Man is exactly the same as the one observed in a specific frame of the trailer, with Spider-Man on a car.

Spider-Man: No Way Home is scheduled to premiere in theaters on December 17, 2021.

How to Get an Affected Hide in Monster Hunter Rise: Sunbreak