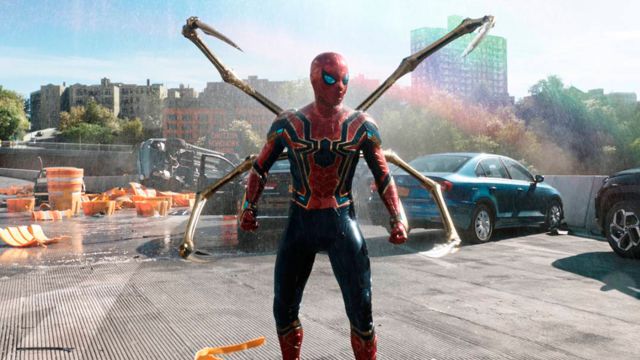 Spider-Man: No Way Home, The new wall-crawler movie smashes the previous Marvel Studios record and surpasses the mark for the most views in its first 24 hours.The expectation for Spider-Man: No Way Home is through the roof and is already one of the most anticipated films of recent times. So much so, that even before its release it has already surpassed a record, specifically that of the most watched trailer in history in its first 24 hours, a mark that so far another Marvel Studios production with Avengers Endgame had held. And is that the next Spidey movie has achieved a total of 355.5 million viewings in just 24 hours; a real madness.

Thus, Avengers Endgame at the time managed to break all records in numbers of trailer views on its first day of publication with a total of 289 million views, a figure that is already overwhelming. But perhaps neither Sony Pictures nor Marvel Studios itself expected such figures for the first preview of Spider-Man: No Road Home.

To all this we must add the many leaks that the production has suffered, in addition to the appearance on the internet of a trailer half made the day before and that revealed a good part of the surprises that this first preview of the new adventure has given us. Spider-Man movie. Aspects that could have affected the number of viewings, although in the end it has not been the case, even causing the opposite effect.

Will Spider-Man: No Way Home be the first post-pandemic movie to break the $ 1 billion barrier? Everything indicates that Jon Watts’ new film with Marvel can do it. Recall that the previous installment, Spider-Man: Far from home achieved a total of 135 million reproductions of its debut trailer in its first 24 hours, to achieve a total box office of 1,131 million dollars worldwide.