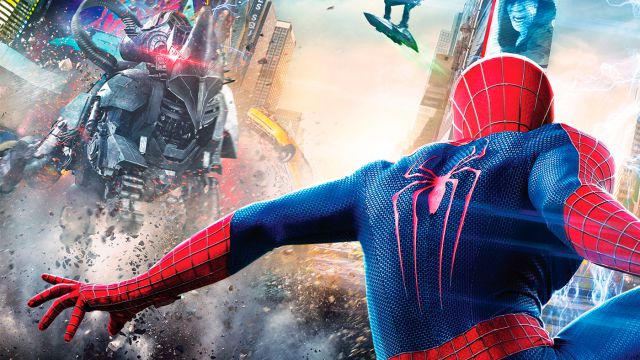 Spider-Man No Way Home: The actor who briefly played the villain in The Amazing Spider-Man 2 speaks, for the first time, about the rumors that place him in the MCU. Spider-Man: No Way Home has been causing all kinds of rumors and leaks for months both about its plot and its characters and villains, hinting that it will become the Spiderverse’s gateway to the MCU. And although several actors have already spoken out on the matter denying any indication or relationship (such as Tom Holland or Andrew Garfield), others have confirmed the presence of him, such as Alfred Molina or Jamie Foxx. Now, actor Paul Giamatti has spoken out about the rumors that place Rhino, his character in The Amazing Spider-Man 2, in the new Spider-Man movie from Marvel Studios, denying any participation in it.

And it is that there are several rumors that placed Giamatti again as Rhino in Spider-Man: No Way Home; Giamatti himself has denied the return of him as Aleksei Sytsevich / Rhino, assuring that he is “happy” with his only interpretation of his character: “I’m happy. I have not followed any of the rumors. Someone just asked me about this, I was not aware. I’m fine with that. Of course, I think it’s okay to leave everything where he is. Sounds good to me, ”says the actor when asked about his rumored cameo in Spider-Man: No Way Home.

Thus, this is the first time that Giamatti alludes to rumors about his return as Rhino; And it is that we remember that it has been sounding strongly that in Spider-Man: No Way Home the Sinister Six will appear from other dimensions with Electro, Rhino and Lizard from The Amazing Spider-Man and Green Goblin, Doctor Octopus and Sandman from the Spider films -Man of Sam Raimi, all of them played by their respective actors.

For now, nothing official is known about Spider-Man: No Way Home beyond its release date, official title and some images, in addition to the official merchandising of the film that would have advanced the appearance of the new Spider-Man suit.

Grey’s Anatomy Season 18: Link’s surprise when he saw Amelia and...