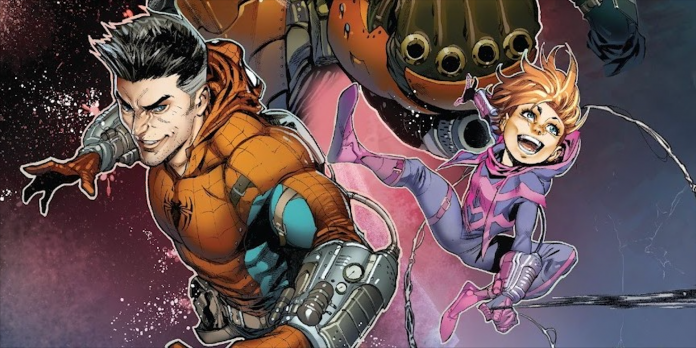 Marvel’s Spider-Man can never have children, and Marvel has many reasons why this is an unfortunate but necessary case. Peter Parker has long represented the everyman in the Marvel universe: an ordinary person who receives extraordinary abilities and uses his gifts to improve humanity. Due to the nature of his character, Spider-Man will never become a father in the main line, and Amazing Spider-Man #4 proves it.

In the new year 2022, under the leadership of Zeb Wells, Peter Parker committed a terrible act that the reader is completely unaware of. Six months later, Peter’s life becomes even more of a shambles than usual: he is separated from Mary Jane, most of his friends and the superhero community have drifted away from him (including the Fantastic Four), and even Aunt May can hardly forgive him. While Peter is trying to solve his money problems (he is now in an even more desperate situation than usual), it turns out that Mary Jane has children of her own.

Related: The Spider-Man symbol has officially become the Opposite of Superman

In Amazing Spider-Man #4, written by Zeb Wells with art by John Romita Jr., the story begins with Mary Jane putting her daughter to bed. The superhero Black Cat visits her, asking about the whereabouts of Peter Parker. Mary Jane has no idea; she hasn’t spoken to Peter in over six months, but she doesn’t seem to miss him too much (unlike Peter, who is devastated by the lack of his love interest). Mary Jane seems perfectly happy raising her children away from Spider-Man because she puts them above everything else in her life, which Spider-Man, no matter how tragic it may seem, would never do.

Peter’s ubiquitous sense of “great responsibility” is always mixed with his sense of guilt: he helps others because of an overactive conscience that will work if he doesn’t. He always prioritizes the well-being of New York and its residents and puts important people in his life after ordinary citizens whom he does not know. While this can be seen as a wonderful way of thinking, it would be an absolutely terrible upbringing. The elements that make Peter Parker a compelling character are the same elements that would make him a terrible father.

But the Marvel editorial board isn’t the only one responsible for keeping Peter from becoming a father. Mephisto himself deprived Spider-Man of marriage in order to prevent the existence of his daughter; she is predicted to defeat the demon at the very peak of his triumph. Between Mephisto’s actions, Marvel’s unwillingness to age Peter after he turned 20, and the fact that Peter himself was a truly irresponsible parent, it’s not surprising that Spider-Man doesn’t have children now and most likely never will.

Saints Row: How to change radio stations and create playlists