Home Entertainment Spider-Man: 5 Details You May Have Missed In The New Trailer

Spider-Man: After the release of the full trailer for Spider-Man 3: No Return Home, various theories about the plot took hold on social media. Contrary to expectations, Tobey Maguire and Andrew Garfield did not show up, but the preview featured more details on the group of villains, which includes Electro, Green Goblin, Sandman and more.

With the anxiety and excitement in full swing, you may have missed some important trailer details. Check out five scenes that provide more clues about the plot of Spider-Man 3: No Return Home:

After many rumors, the villainous Green Goblin featured in the Sam Raimi trilogy finally appeared on the MCU. Another detail caught the attention of fans: apparently, there will be one more Green Goblin besides Norman Osborn (played, it seems, by Willem Dafoe).

The costume, however, is not the one used by the villain in the 2002, 2007 and 2014 versions. Fans point out that it could be Harry Osborn, son of Norman and the second Green Goblin featured in the franchise — played by James Franco and later by Dane Dehaan.

In the trailer, the hero appears in a black and gold uniform. Apparently, in one of the scenes, he does a kind of spell similar to the one used by Doctor Strange. It remains to be seen whether the feat is possible thanks to the new costume or whether the Stubborn is using some other magical artifact.

At one point in the trailer, a memorial to Captain America is being built in New York. Shortly thereafter, the monument appears to break down—probably in the battle with the villains. While it doesn’t matter much to the story’s progress, the easter egg made many people sigh with nostalgia with Steve Rogers.

A detail that many may have overlooked is the color of Otto Octavius’ mechanical arms. In the video, the villain has tentacles in red and gold, colors used in Iron Man’s armor. Fans suspect that Dr. Octopus must perfect his arms with the technology developed by Tony Stark.

“They’re coming,” Doctor Strange says to Peter as purple lines appear in the sky. The lights indicate the beginning of the multiverse breaking apart and invading the “main” reality. It’s worth remembering that the scene is very similar to the ramifications presented by the One Who Stands (Jonathan Majors) at the end of the Loki series.

And you, did you find any more clues in the trailer? Spider-Man: No Return Home opens on December 16th in theaters. 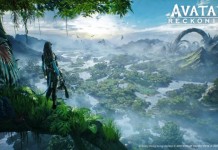 Avatar: Reckoning Is The New Mobile MMORPG Of The Famous James Cameron Saga 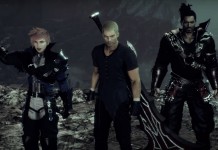 Stranger of Paradise: Final Fantasy Origin Reveals How Much Its Download Weighs On PS5 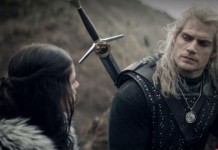 The Witcher 3: Wild Hunt Will Receive Content Based On The Netflix Series

Genshin Impact: PS5 version gets video with 8 minutes of gameplay