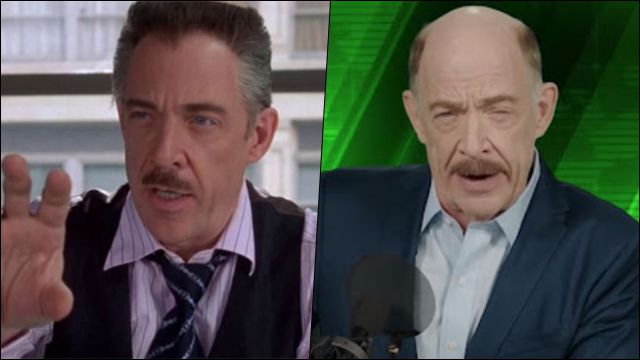 Spider-Man 4: Sam Raimi’s fourth film was to be a reality, but it was eventually canceled before The Amazing Spider-Man was given the green light. Spider-Man 4 never materialized, but we do know that it was in Sony’s plans as part of the saga led by Sam Raimi and Tobey Maguire as Peter Parker. This situation caught the lovers of the wall-crawler universe by surprise back in 2008; now, so many years later, J.K. Simmons (J.J. Jameson) acknowledges that it was a heartbreaking situation for him.

Speaking to The Hollywood Reporter on the occasion of the premiere of Spider-Man: No Way Home on December 16, the renowned actor – who returns in his original role, as we saw at the end of Far From Home in 2019 – has admitted that it He had a bad time when he learned that the Sam Raimi saga was coming to an end after the third film, that there would be no more JJ Jameson in the spider-verse played by the figure of him.

He says he is “thrilled” to return to the role of J. Jonah Jameson in #SpiderManNoWayHome and shares new details on the character pic.twitter.com/k0elrV22LV

Luckily for him, although he is transferred to another universe, his character returns and does so with the same actor, the same attitude and the same spirit: pointing to Spider-Man as a criminal, guilty of many of the problems that surround him. Manhattan.

“After the Sam Raimi trilogy and then when they turned the page… it was heartbreaking, I’m not going to lie. And I thought, ‘Oh well, it was amazing fun, and I’m so glad I had that opportunity,’ ”he acknowledges, but it was hardly a relief. Despite the criticism of Spider-Man 3 (2007), there is no doubt that the popularity of Spider-Man in the film universe was supported: they were huge box office successes.

It is reported that the purchase of Elon Musk Twitter is...

5 Burning Questions about Starfield that We Still Have