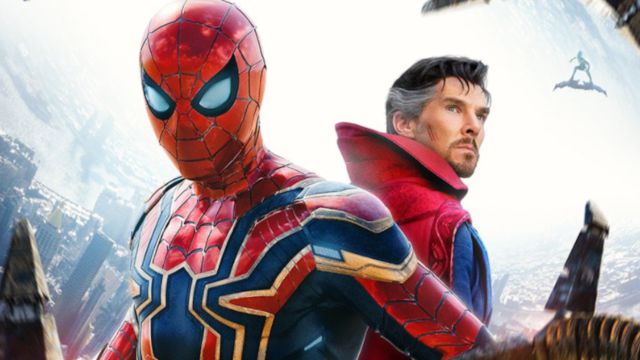 Spider-Man: No Return Home will revolve around the hero trying to make people forget his secret identity. Unable to deal with his hero’s life and personal life, The Stubborn turns to Doctor Strange to help him with a spell that won’t let anyone remember he’s Peter Parker (Tom Holland) — except his aunt May ( Marisa Tomei), best friend Ned (Jacob Batalon) and girlfriend MJ (Zendaya).

However, this is not the first time the hero has had his secret identity revealed. This has already happened in Spider-Man 2, after the fight against Doctor Octopus (Alfred Molina, who returns for this movie as well) in the subway. But it was in the comics that the hero revealed his identity most dramatically.

During Civil War #2, he sides with Iron Man, and as a public show of support for the government’s Superhero Registration Act, he takes off his mask and shows who he is. However, he realizes that this was not a good idea when his Aunt May is hit by a bullet in The Amazing Spider-Man #538.

Initially, Peter Parker asks Doctor Strange to help him in Spider-Man: The Neighborhood Buddy #24, however, the Ultimate Mage says it won’t be possible and explains that: “The universe calls us home when it’s time to go . For your aunt, this is the time.”

The hero decides to ask Mephisto for help in The Amazing Spider-Man #545. Parker asks that, in exchange for his marriage to Mary Jane, the demon saves Aunt May. However, her identity remains known, putting the lives of those close to the hero in constant danger. This causes the hero to return to the Ultimate Mage, this time asking to have his identity forgotten in The Amazing Spider-Man #641.

Doctor Strange discusses this possibility with Tony Stark and Reed Richards of the Fantastic Four, and agrees to conjure a fusion of magic and sorcery to create a “history storm” erasing the entire history of Spider-Man’s secret identity. Despite this, at the last possible moment, Peter manages to bring Mary Jane into the spell, leaving only her to know who Spider-Man is.

OnePlus explains why there is no warning slider in 10T