Spider-Man: No Return Home will feature a unique costume for the hero, in black and gold, that mixes elements of the classic costumer’s costume with the powers of Doctor Strange. The novelty was revealed by Hot Toys, through the launch of a collectible figure inspired by the look that will be in the film.

Peter Parker’s (Tom Hollland) new outfit is called “Black & Gold” and contains traditional Spider details in golden color on parts of the outfit. Besides, it has a gauntlet that shoots a kind of web with magical powers. Check out!

So this will be one of the many possible uniforms the character will wear throughout the film. This may be related to the rumors that he must leave with Doctor Strange (Benedict Cumberbatch) — who will serve as his mentor — in the multiverse to battle with different villains and thus have a costume that offers adequate tools for combat. .

Spider-Man: No Return Home will hit theaters on December 17th. 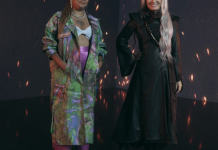