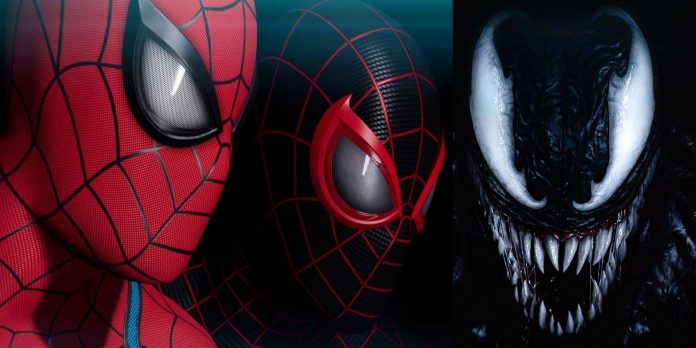 “Spider-Man” and “Spider-Man: Miles Morales” from Marvel were among the best web games from Marvel, offering interesting stories filled with great bosses, fun fights and exciting journeys. After Spider-Man 2 announced that Venom will be introduced along with Kraven the Hunter, many fans hope that the game will allow them to play as both a symbiote and two Spider-Men. If so, then Insomniac should borrow a key feature from the super-popular GTA 5 to make exploring the world more interesting.

GTA 5 became one of the most successful games of all time, and while the online game mode ensured the game’s longevity, the single-player mode introduced a unique feature that allowed players to quickly switch between the three main characters. This feature could be adopted in the upcoming Spider-Man game to allow players to switch between Peter Parker, Miles Morales and Venom as they fight in New York and try to defeat Kraven the Hunter. Although Venom has not been confirmed as a playable character, there have been other Spider-Man games, such as Ultimate Spider-Man, that gave players control over Venom.

Although Venom is Spider-Man’s enemy, there have been numerous instances in comics and games where the symbiote has helped Spider destroy some of his worst enemies. This fact alone may mean that Venom will play a more important role in the upcoming Spider-Man game than just another villain that Peter and Miles must destroy. Instead, Venom can be one of three playable characters, and gamers will wander around New York while the symbiote tracks down Kraven the Hunter.

If this is the case, then a quick switch option for players would be the way out, as this would not only give players the ability to control any character they wanted, but could also be used well in combat. In GTA 5, when players switch characters, their screen slows down, ensuring that they won’t be caught off guard after completing the switch. This would work great in Spider-Man battles, as the evasion and quick attack strategy used in the game would allow this switching, and the PS5’s power would undoubtedly make this switching instantaneous.

Unlike Peter and Miles, both of whom acquired their powers through a spider bite, Venom’s powers come directly from a symbiote controlling a human. These abilities include superpowers, shape-shifting abilities, and most of Spider-Man’s abilities after cases where the symbiote attached to him. However, since the upcoming Spider-Man game is supposed to introduce Venom to a new universe, it goes without saying that Spider-Man has never come into contact with a dangerous symbiote before.

This means that Venom may not have the same web-throwing abilities as in the comics, since he has never taken control of Spider-Man. In this way, his bypass system can be closer to characters like the Hulk, who uses his power to move around by jumping from building to building. This does not deprive him of other abilities, and introducing him into the game may mean that at some point either Peter or Miles will be captured by the Venom symbiote, which will allow the autonomous Venom character to gain Spider-Man powers.

Marvel’s Spider-Man 2 has quickly turned into Marvel’s most anticipated video game project in recent times, partly due to the success of previous games, but also because of the support it has received from the MCU. The trailer shows Venom accepting Kraven’s request for a good hunt, and many fans wonder if Venom will be a playable character who fights alongside Spider-Men. Using the character switching feature in GTA 5 would be important if that were the case, and we hope that refining it to match combat situations will be a priority. If used correctly, it could elevate Marvel’s Spider-Man 2 above any other game in which the famous spider-web thrower plays the main role.