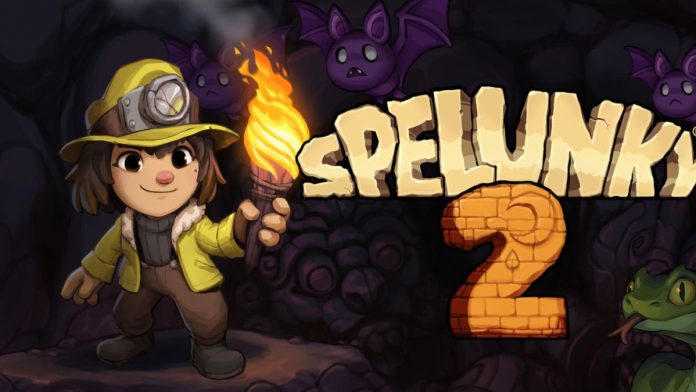 Spelunky 2: Mossmouth, the studio behind the acclaimed roguelike, has also revealed the release date for the original title. We tell you all the details.Spelunky 2 originally debuted on PC and PS4 during October of last year. A few months ago he confirmed that it would arrive on Nintendo Switch accompanied by the first installment of the saga, and now we have official confirmation from the studio responsible for both, Mossmouth, on the launch date: it will be Thursday, August 26, the day on which land on the Nintendo eShop. Both titles will be sold separately, priced at € 19.99 for the sequel and € 9.99 for the 2008 game.

Spelunky 2: “the most hardcore game of the decade”

This is how we defined it in our analysis, in which the title obtaned a rating of 9.5 out of 10. Our conclusions were as follows: “Spelunky 2 is a devilishly difficult video game, don’t be fooled by its childish aesthetics. Behind this childish facade is hidden a true indie jewel that knows how to reward players with enough patience and skill to withstand the hardships it offers us. It is a very round sequel and a marvel as far as programming and level design are concerned. Some minor errors keep it from absolute excellence, although it is still an outstanding title ”.

The first installment: a cult work

Thirteen years have passed since the premiere of the original title, but time has not been enough for it to fall into oblivion. Spelunky figured prominently during the rise of the indie game for pretty much the same reasons that made its sequel a highly acclaimed game: roguelike mechanics, complex level design, a mountain of secrets to find, and a truly challenging experience.

Spelunky and Spelunky 2 will be available on August 26 on Nintendo Switch.