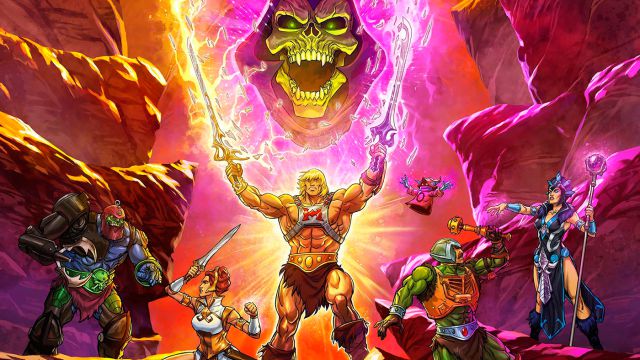 Premiere on Netflix on July 23

Revelations such as that Eternia has run out of magic and that, without magic, Eternia’s fate is her disappearance. In addition, we discover that the Sword of Power is divided into two halves, so our heroes must gather both pieces for He-Man to reach the maximum power of him. All of this enlivened by dazzling action and combat scenes between the series’ main characters, true icons of 80s pop culture.

The actor, screenwriter and director Kevin Smith is the head of a series whose raison d’être is to honor the original work of which Smith himself is a fervent follower; Of course, the showrunner himself has already clarified that it is not necessary to see the animated series of the 80s to enjoy this sequel, since its plot, to a large extent, is totally independent.

“The final battle begins. Will the Guardians of Grayskull save Eternia and the fate of the entire Universe? The end is only the beginning ”, we can read in the official description of it. Masters of the Universe: Revelation premieres the first half of its first season on July 23 with five episodes and has a striking cast led by Mark Hamill as Skeletor and Chris Wood as He-Man, in addition to Sarah Michelle Gellar as Teela. Alicia Silverstone as Queen Marlena, Kevin Conroy as Mer-Man, Lena Headey as Evil-Lyn, Alan Oppenheimer (the original Skeletor) as Moss Man, Liam Cunningham as Man-At-Arms or Griffin Newman as Orc, among many others.

NEO: The World Ends With You, Preview. We Return To The...