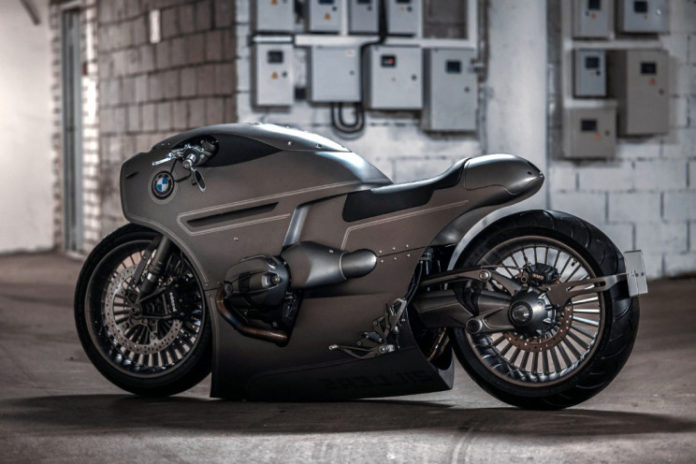 Producing modified motorcycles, Zillers Garage has made one of its most striking designs a reality. The company has revealed a futuristic line with its new custom-made BMW R9T motorcycle.

Russia-based Zillers Garage produced a special motorcycle designed by John Red Design. The motorcycle, specially produced on the basis of the BMW R9T, gained a futuristic appearance by replacing all its external components with aluminum parts, except for the 1,170 cc boxer engine.

Mikhail Smolânovym, who previously won the World Championship and the Russian Championship with his motorcycle modifications, was planning to introduce their newly designed BMW R9T at the Motovesna Motorcycle Show. However, because of the coronavirus outbreak, the motorcycle was introduced on the internet.

Redesigned with a futuristic design
The first step to create the custom-made BMW R9T was to use CAD (computer aided design) modeling. After the motorcycle was drafted by John Red Design, Mikhail Smolânovym changed the suspension setup to bring the motorcycle as close to the ground as possible.

The body of the motorcycle was covered with an aluminum body, aimed at a futuristic design to hide all mechanical parts. Only the motorcycle’s 1,170 cc boxer engine remained visible. No technical details about the power output of the engine have been provided. The engine produces 110 horsepower (7,750 rpm) as standard.

Smolânovym modified the front brake and clutch levers with remote control buttons to adjust the air suspension of the specially designed BMW R9T. Other components, such as pistons and oil seal, were originally used to preserve the characteristics of the brakes and clutch.

Modified for functional use
The exhaust system of the motorcycle is custom made. Suspension height has been reduced while the bike was fitted with Brembo brakes and special multi-piece wheels. In addition, the headlight, tail unit and instrument panel are also custom made. Smolânovym did not neglect to place a storage area under the seat. The engine also includes a USB port for charging smartphones.

It is not yet known whether this custom-made BMW R9T will only remain as an exhibition motorcycle or will be available for sale. Zillers Garage has not yet made a statement about the purpose of making the motorcycle.

5 camera drone options to choose from