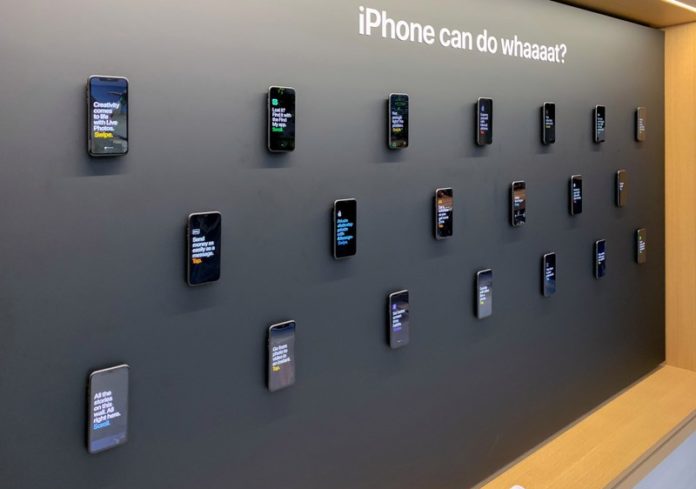 Apple, by preparing a special wall in some Apple Stores, showcases the features of iPhones and iPhones placed here. The wall creates a different look with both its design and what it offers.

An interactive wall in Apple Stores allows customers to take a closer look at the features of iPhones. Apple’s “iPhone can do whaaaat?” The interactive wall that he calls emphasizes why users who have not used an iPhone before should use an iPhone. The wall also provides tips on features that current iPhone users don’t know.

Each of the 20 iPhones placed on a black background emphasizes a different feature and hardware. The iPhones on the wall, working in sync with each other, try to attract the attention of Apple Store visitors with animated videos.

At the bottom of the interactive wall in the Apple Store, there is a QR code that directs to the iPhone’s features page. People reading the QR code on their phones, besides the features of iPhone, “iPhone can do whaaaat?” They can also see the explanations about the wall.

Apple first introduced this interactive wall last year when the iPhone XS and XR were released. Looking at the wall in general, it is seen that an impressive amount of information about iPhones is available to Apple’s Store customers. Customers can also easily see the hardware and software features of the latest iPhones on this wall.