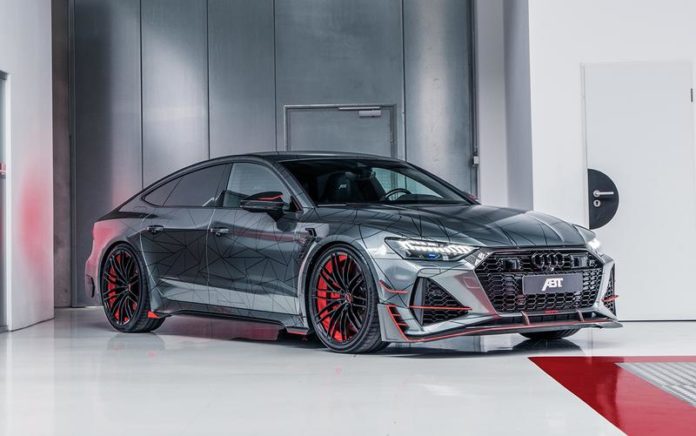 RS7 Sportback, one of Audi’s popular models, was handled by ABT, one of Germany’s most popular modification companies. Making changes to the vehicle in terms of both performance and design, ABT announced that it will prepare only 125 of this special model, which it called RS7-R.

The German-based car giant Audi is one of the manufacturers that many car enthusiasts admire. The company has established a throne in the heart with its many models, and one of these models is the RS7 Sportback. Audi fans have been waiting for the day when they will meet the latest version of this vehicle. But now we will talk about a special version of the RS7 Sportback.

One of the biggest modification companies in Germany is ABT. The company, which serves many brands, stands out with its modification processes, especially for all brands in the Volkswagen group. ABT has now recreated this vehicle with the operations it applies to the RS7 Sportback model. ABT, which gave its own design the name RS7-R, announced that it will only prepare 125 of this special vehicle.

Introducing the RS7-R ABT recreated
ABT has made some changes to the Audi RS-7 Sportback in terms of both design and performance. The changes made by the company in design show itself as soon as you look at the vehicle. ABT has designed a special front and rear skirt with carbonfiber body kits and a spoiler made of carbonfiber to give the vehicle a tougher structure. The completely overhauled vehicle has a wider structure than the normal version.

ABT has also made significant changes to the interior design of the RS7-R. So much so that the steering wheel and gear knob are covered with materials that will make the consumer feel more special than the original RS-7 Sportback. In addition, the team placed special logos in certain locations inside the vehicle.

Stardew Valley will have physical editions on PC