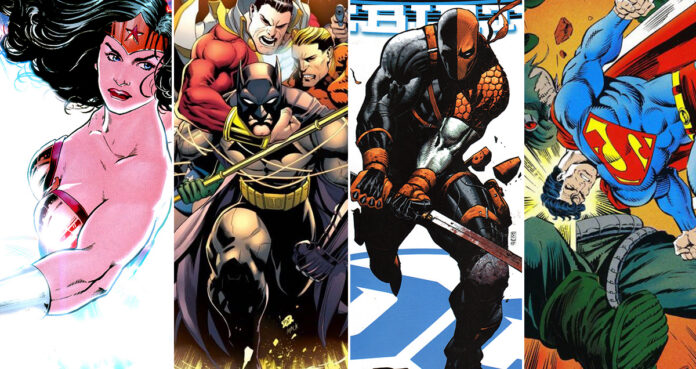 Spotify, the world’s largest online music listening platform, is working on a special podcast. This podcast will be realized in collaboration with the comic book giant DC Comics. The release date is unclear.

Almost all existing media outlets have somehow managed to adapt themselves to the internet. While television was replaced by platforms such as YouTube and Twitch, websites, social media and blogs have been replacing newspapers for a very long time. Finally, podcasts are replacing radio broadcasts.

Marvel also got into this space with podcasts of their own characters. This was not surprising for the company that planned to create a hero they had previously paired with a real artist. DC Comics will follow the same path to stay behind its rival.

Long-term contract will be made:

According to the information, DC Comics will podcast their own characters exclusively for Spotify. There will be characters such as Batman, Joker, Superman, Wonder Woman in the DC stories to be spoken.

In addition, according to the statement from the broadcast giant, ‘stories from a wider selection of Warner Bros.’ will be adapted to podcasts. On the other hand, the terms of the agreement or when the first broadcast will be made and which characters will be told are not known. The only information about the contract will be long-term.

Blue Ribbon Content, one of the subsidiaries of Warner Bros., will be responsible for the preparation, advertisement and publication of the episodes. The same company will work in the creation and production of the works.

Spotify is expanding its customer range:

These partnerships are seen as part of Spotify’s high-quality content moves in the podcast field lately. At the beginning of the year, the company went on to purchase The Ringer for its sports and entertainment content.

Another important content posted on Spotify was Joe Rogan Experience. According to the statement from the company, these contents will take place on the platform as of September 1. Thus, Spotify aims to ensure that the platform is used other than listening to music.