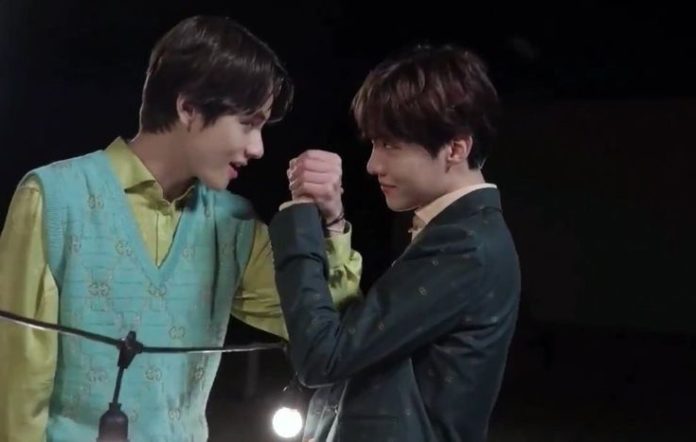 The special connection between RM and Jungkook. These idols have lived great moments side by side.

As the group’s maknae , Jungkook may be the boys’ darling as the youngest, but at his age he has shown himself to be highly talented and passionate on stage.

BTS has shown to have a beautiful friendship and brotherhood among all, some share special moments between them, such as the case of Jungkook and Namjoon.

Their friendship is synonymous with admiration, thanks and happy memories. Sometimes fate puts us on the right people on our way, who support us and give us something to build our dreams. Kookie and RM have the advantage of being able to share the same dream and share the success of their careers. We leave you 5 moments in which they have shown the strong connection they have.

Hero
In the ARMY Zip magazine, the idol revealed his secret about Namjoon: RM and is his role model.

Kookie confessed that the leader of BTS has been the same despite the dreams they have fulfilled, so his funny and cool attitude inspires him.

Inspiration
Kookie followed his dreams of becoming an idol and struggled to debut, but one of his secrets to getting ahead was seeing RM’s talent. Both are part of the rapline, so they have learned from each other and the idol had the hunch of staying in the company to fulfill their dreams.

Admiration
Jungkook is preparing his first mixtape and Namjoon was so proud that he gave a certificate to the best composer, without a doubt, the congratulations and support of the leader of BTS is the best gift that the maknae can receive, since having someone to celebrate your achievements and recognize your work, it gives you the strength to trust you.

See Also
Jungkook takes over the Internet for this reason

Trust
Trust is a fundamental basis in their relationship, the boys get along so well that there are small accidents that instead of making them uncomfortable, they laugh and have a pleasant time. During the “Bon Boyage”, they played a game and nearly kissed each other.

BFF’s
Their connection is special, that’s why “My time” is an emotional song for BTS, Namjoon wrote the lyrics and he trusted that Jungkook would know how to interpret it and express the feelings he expressed in it. Without a doubt, they understand each other and always support each other.

We analyze the gameplay of the Nineties FPS on PC.

Elizabeth II cancels all her commitments because of the Covid-19

Scientists Observe Asteroid to Pass Near Earth with Masks on Their...

ARMY Misses Taehyung and Proves It in Social Networks

Kylie Jenner pays tribute to all the passengers in the helicopter...