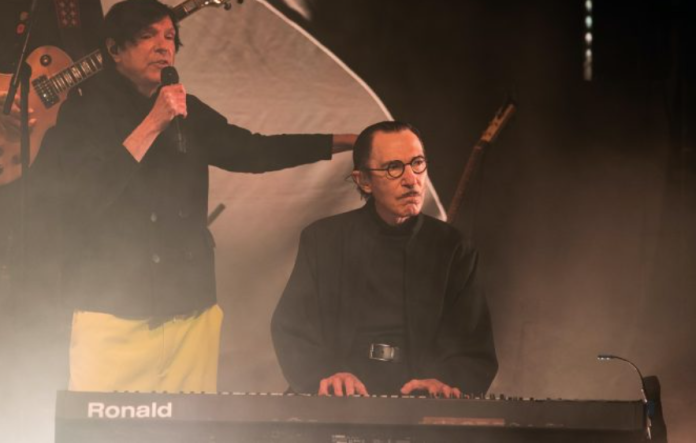 Sparks has announced a couple of major concerts in London for 2023 — you can buy tickets here.

The Los Angeles duo, which includes brothers Ron and Russell Mael, is scheduled to perform at the historic Royal Albert Hall on May 29 and 30, 2023.

“Since we first started playing music, the Royal Albert Hall has become for us the pinnacle of British music venues and a place where we have always aspired to perform,” Sparks said in a statement. “These shows are a dream come true!”

These concerts mark the band’s biggest performances in the UK to date and will take place after an extensive world tour in 2022.

Tickets will go on sale at 10:00 GMT this Friday (November 25). Alternatively, the pre-sale of the fan club will begin at the same time tomorrow (November 23).

Check out the official poster and Twitter announcement below.

In the summer, Sparks revealed that they were working in the studio on a new album. It will follow 2020’s “A Steady Drip, Drip, Drip” and the band’s soundtrack recording for the 2021 film Annette.

There is no more detailed information about the upcoming LP yet, although a press release confirms that it will be released next year.

Back in March, Edgar Wright’s documentary about the duo The Sparks Brothers won the BandLab NME Award for Best Musical Film.

Earlier this month, it was announced that a musical based on a script by Ron and Russell Maelei is currently in development. The film titled X Crucior was declared an original musical epic.