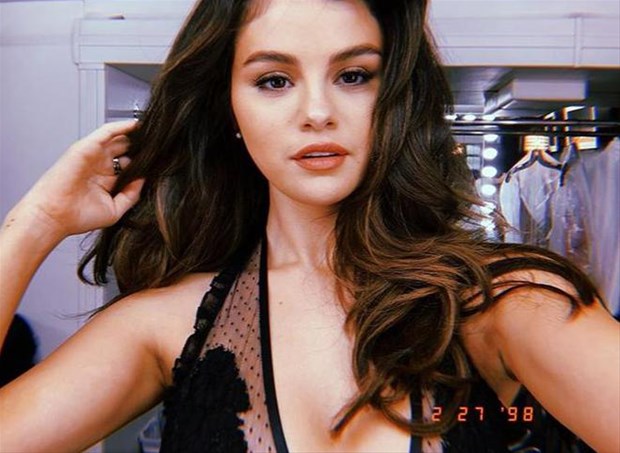 Selena Gomez has spoiled her fans again! The pretty brunette took part in an ultra sexy shoot for the fashion magazine Vogue. And the photos left no one indifferent! We let you admire!

Selena Gomez has been making the buzz since the start of the year! Indeed, the singer is a hit with her many projects!

The pretty brunette is about to make her comeback in stores with her album “Revelacion”. She also released her first two singles De Una Vez and Baila Conmigo which hit the world.

But that’s not all ! Selena Gomez also gives her all for the promotion of her new opus! And the least we can say is that she doesn’t do things by halves!

Television, social networks, public appearance… the bomb is everywhere! And not a day goes by that she doesn’t get talked about.

The young woman invited the newspaper team to her garden for an unprecedented shoot. And surprise! The result is sexier than ever!

Sexy and radiant Selena Gomez in a bikini for a photoshoot!

SELENA GOMEZ RAISES THE TEMPERATURE WITH HER NEW VOGUE SHOOTING!

Selena Gomez says on her Instagram account, “Thanks to the Vogue team for coming to my house! You are welcome to come back whenever you want! “.

The young woman then publishes a series of photos taken in her garden. We can then discover her in an ultra trendy little bikini.

The sulphurous brunette has fallen for a vintage outfit that looks great on her! She wears high waisted panties and a small floral bra. We love !

Selena Gomez also wears a headband in her hair for an even more glamorous effect. She poses like a star and shows off her dream body without complex. Something to drive her admirers crazy!

The artist was unanimous with her summer shoot. It must be said that she is super sexy! She garners over 6 million likes in a matter of hours. Unbelievable !

Internet users did not hesitate to congratulate Selena Gomez on her Vogue shoot. And they are unanimous: the singer is splendid! “Too beautiful”, “A real queen”, “What class”, “I’m a fan of this shooting” can we read among the reactions!

So it’s still faultless for the It girl! Indeed, the star managed to get people talking about her thanks to this trendy photoshoot!

Like what, Selena Gomez is not satisfied only with the music to shine! The star has more than one string to her bow, and she proves it again with these photos!

No doubt, the bomb will not stop surprising us! In

Trailer reveals one of the doctors in danger of death