Home Entertainment Spain: The Cultural Voucher Of 400 Euros For Young People Will Include... 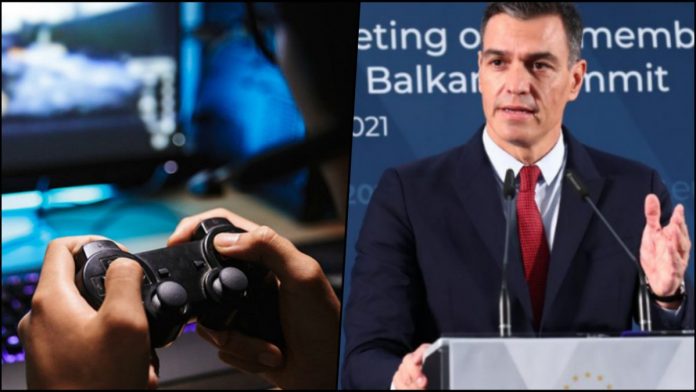 Spain: The Government of Spain finally excludes bulls, while subscriptions to streaming platforms for series and movies have not been decided. The President of the Government of Spain, Pedro Sánchez, announced this Wednesday a cultural bonus of 400 euros for young people who turn 18 in 2022. The Coalition Executive has made official the incorporation of this measure in the State Budgets; although there are nuances that have still been defined, added to others that have changed over the hours. Video games, if nothing changes, will be part of that cultural offer that the voucher will contemplate.

As indicated by the president at the European Union-Western Balkans Summit, held in Brdo Pri Kranju, Slovenia, this direct aid consists of 400 euros “for the purchase of books or for the consumption of any type of artistic or scenic activity, such as theater, cinema, dance, music ”. The streaming platforms for movies and series are currently on the air.

Videogames are culture: they will enter the government’s cultural bond; the bulls are out

For his part, Minister Miquel Iceta assured late at night on Hora 25, on Cadena SER, that video games are included within the cultural activities of the voucher; like music concerts, theater, dance shows, movies or books. Last October, Sánchez already assured that video games would be in the Recovery Plan of the Spanish Economy after the pandemic.

Although initially the bulls were within the equation, the Ministry of Culture has backed down and will leave out the events derived from the bullrings or bullfights. Bullfighting will not have the approval of the budget for this cultural aid.

Sources close to the Government estimate that there will be approximately 488,000 young people who will benefit from this economic endowment next year 2022; with an estimated expenditure of 190 million euros for the general state budgets, pending approval. This announcement is known in the same week in which a 250-euro aid for the rental of housing for young people was announced.

Last December we learned that the Ministry of Culture had budgeted an aid of one million euros for the creation of video games in Spain in 2021.

CSI: What We Suspect About How Marg Helgenberger Perfected Herself For...