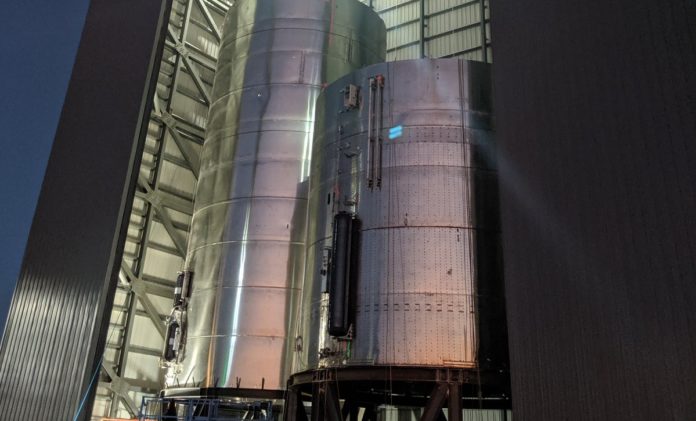 SpaceX’s third-generation spacecraft, Starship’s third prototype, was shattered during the pressure test at the company’s test center in Texas. Filled with super cold rocket fuel, the test vehicle was overturned first and then dismantled.

The third prototype of SpaceX’s new spacecraft, Starship, was shattered during the pressure test at the company’s Boca Chica, Texas test site. The test vehicle, filled with super cold rocket fuel, was overturned first and then dismantled. Images of the test vehicle were recorded by residents of the region.

What happened in the morning is not the first failure of SpaceX’s Starship vehicle, which is expected to carry people and cargo deep into space. SpaceX lost another test vehicle as a result of the explosion during the pressure test last March. SpaceX CEO Elon Musk attributed this failure to the brake pads at the base of the vehicle. Last November, another Starship prototype exploded again during a pressure test.

Here are the moments when the 3rd Starship prototype breaks down:

In the shared video, you can take a look at the fragmentation moments of the vehicle starting from 2.26. Prior to this failure, Elon Musk made a statement from his Twitter account, saying that some valves were leaking during one of the previous tests. For this, the Starship team had to solve this problem before starting the test. Commenting on the failure of the vehicle, Musk said it may have been caused by a ‘test configuration error’, but the team will make an assessment for this.

Meanwhile, SpaceX’s team in Boca Chica is preparing and building new Starship prototypes. Therefore, it is possible that a new test unit will be ready soon. SpaceX is seen as a key company because of its contracts with NASA and Pentagon. SpaceX can thus continue to work while other jobs are stopped due to the COVID-19 outbreak.

While SpaceX continues its efforts for Starship, other space companies are hesitant about how to proceed during the epidemic. California-based Rocket Lab has given up launches at the New Zealand facility to keep its employees safe. Virgin Orbit focused on mass ventilator production to cover the shortcomings of the health system. Although Blue Origin tries to move forward to launch New Shepard, which is designed to carry tourists into space, the company’s employees are expressing their concerns about not traveling for this mission.

SpaceX also produced hand disinfectants and face masks for hospitals and other groups and donated them. However, it seems that the company has no intention to slow down the Starship program.

Foundation New Trailer Has Arrived, Release Date Has Been Announced