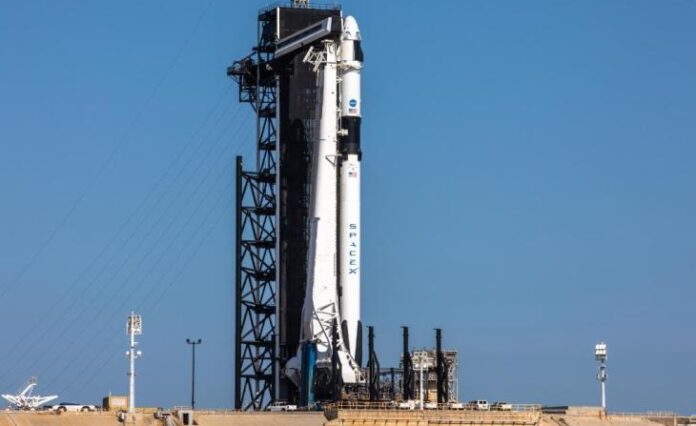 The US space agency NASA and a private company SpaceX are making their final preparations for the manned space flight to ISS on May 27th. However, according to meteorological data, the flight to be made tomorrow may have to be delayed due to bad weather conditions.

NASA and SpaceX have been preparing to send astronauts to space for a long time with the Commercial Team Program that started in 2010. The work of the two institutions is about to be concluded. NASA astronauts Doug Hurley and Bob Behnken are preparing to fly to the International Space Station (ISS) with SpaceX’s Crew Falcon 9 rocket.

Commenting on NASA astronauts going to ISS with a rocket of SpaceX, NASA’s Commercial Team Program manager Kathy Leuder explained that Falcon 9 was successful in the tests made before the flight.

SpaceX will be the first private company to bring people into space with the planned flight
Falcon 9, along with two NASA astronauts, will sail to ISS on May 27th. However, the expected heavy rain on the day of launching the rocket can cause delay in launch. NASA and SpaceX think that heavy rain and lightning during launch can affect Falcon 9.

Sending an astronaut to ISS with Falcon 9 will be a first for SpaceX. SpaceX will have carried people into space for the first time with this flight. The flight will also be the first manned flight to take place on U.S. territory since 2011.

All preparations for the launch event to be held for the flight with Falcon 9 have been completed. On the day of flight, NASA astronauts Doug Hurley and Bob Behnken will arrive at the launch point with a special Tesla. Astronauts that will be ready 3 hours before the flight will enter the capsule 2.5 hours before launch.

Following the launch of the rocket, the orbit will arrive, astronauts will spend about 19 hours in orbit and will conduct a manual flight test for 30 minutes shortly before approaching the ISS. After the flight test, the capsule will be connected to the ISP.

Preparations have already started for the return of NASA astronauts from ISS. NASA will set a period of 6 or 16 weeks after the astronauts arrive at the ISS. Astronauts will leave the ISS by spacecraft after the specified time, and the spacecraft will land in the Atlantic Ocean.

NASA and SpaceX’s flight to ISS is also a culmination for NASA’s Business Team Program. With the ISS flight, it will be the first time that a manned flight has been launched into the space with the Commercial Team Program. If all goes well, SpaceX can regularly take part in the transportation of NASA astronauts who will go to ISS.

A Giant Asteroid Will Pass Near Earth in April

NASA Enables You To Reach The Photos Taken By The Hubble...