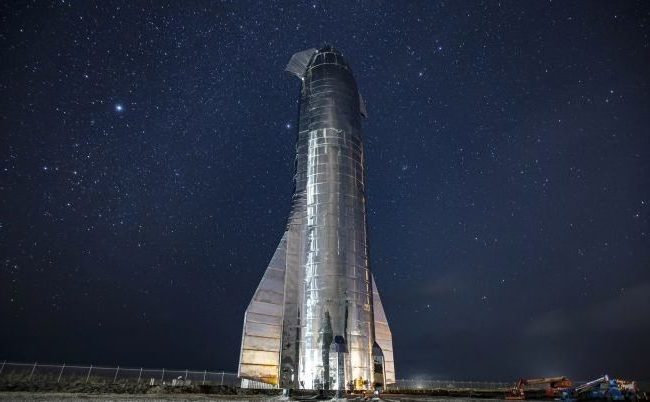 SpaceX did not get the desired result in the first 3 prototype tests of its completely reusable vehicle, Starship. The fourth prototype of the vehicle managed to pass the freezer test.

SpaceX’s third-generation spacecraft, Starship’s third prototype, was shattered during the pressure test at the company’s test center in Texas in the past weeks. Filled with super cold rocket fuel, the test vehicle was first toppled, then to pieces.

Finally, the company of Elon Musk, who tested the 4th prototype, got what it wanted this time. The vehicle successfully exited the freezer test at the Boca Chica facility in Texas state. This development is extremely important for SpaceX because the desired results were not achieved in previous prototypes. This development will likely lay the groundwork for a test flight in the near future.

Elon Musk announced that the 4th prototype passed the test in the video he shared from the Twitter account related to the test. It should be noted that the freezer test gives the desired result is not the final stage of Starship’s space preparation process. The raptor engine developed by SpaceX engineers will be mounted on the prototype and a series of tests will be carried out to see if the engine has the correct working function.

The Raptor engine was developed specifically for Starship. Elon Musk stated that they will use only one engine in the prototype in question. However, the company aims to use more engines in future prototypes. If the Raptor engine test is successful, Starship’s lift up to 150 meters high and landing on the ground as a whole will be tested. Meanwhile, SpaceX aims to fire static at Starship towards the end of this week.

Starship will try to go up to 150 meters:
While SpaceX continues its efforts for Starship, other space companies are hesitant about how to proceed during the outbreak. California-based Rocket Lab has given up launches at the New Zealand facility to keep its employees safe.

Virgin Orbit focused on ventilator production to cover the shortcomings of the health system. Even though Blue Origin tries to move forward to launch New Shepard, which is designed to carry tourists into space, the company’s employees are expressing their concerns about not traveling for this mission.