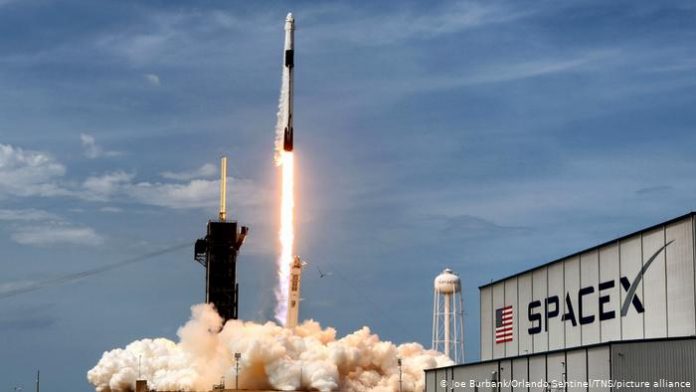 SpaceX launched dozens of satellites into space in its second internal “ship-sharing” mission from Florida on Wednesday. Thus, the total number of orbital objects carried by Elon Musk’s space company SpaceX this year has reached approximately 900. A reused Falcon 9 rocket launched a total of 88 satellites for what was dubbed “Transporter-2.” These included the first five satellites for a new Pentagon agency and dozens more for various companies, countries and schools.

SpaceX’s Falcon 9 rocket launched from Cape Canaveral Florida at 3:31 p.m. local time. This marks the company’s twentieth launch mission in 2021, and the rocket’s eighth flight for the first stage booster. That rocket landed again about 10 minutes after launching into SpaceX Landing Zone 1, a concrete floor not used for rocket landings since last December. Generally, Falcon 9 rockets are landed on drone ships navigating at sea.

Meanwhile, the 88-satellite rocket shuttle was carried by Falcon 9’s second-stage thruster into sun-aligned, pole-to-pole Earth orbit. Thirty-six small satellites built by Spaceflight, a company that book small satellites in rockets, were mounted on a new payload adapter, along with other satellites organized by SpaceX.

This is mission number two for SpaceX’s SmallSat Rideshare Program, which delivers small satellites into space at a starting price of $1 million and lowers the cost. Cheaper launch services in the space industry have reinvigorated a market for smaller-sized satellites that have long had to pursue larger missions. SpaceX’s ridesharing program leverages the growing market of small satellites, where companies can offer services ranging from communications to Earth observation.

For example, the Pentagon’s Space Development Agency’s (SDA) Transporter-2 is designed for a separate experiment developed to test laser communications between each other in space while also testing data processing in space (aimed to save time by disabling ground stations). It had five satellites. These two tests support the agency’s goal of ultimately communicating with ships and weapon systems faster than ever before. SDA has two slices of satellite networks that are scheduled to be operational in the next few years.

Other objects carried on board include a satellite cluster to collect radio frequency data from geospatial analytics firm HawkEye 360, and another cluster from radio frequency exploration firm Kleos, which has satellites to “detect and locate marine radio frequency transmissions” for commercial and government customers. there was. Two nano-satellites owned by Tyvak, a satellite company that provides optical and remote sensing services to governments from space, were also aboard. However, the company declined to say for which organization the satellites will be used.

The Transporter-2 mission brought the total number of satellites launched by SpaceX since the end of January to nearly 900. That’s nearly double what the entire world threw in any year before 2020. Still, the vast majority of the satellites SpaceX has launched are satellites belonging to the Starlink internet network, which SpaceX plans to expand this year.

In fact, SpaceX first attempted to launch Transporter-2 on Tuesday, but the countdown was stopped 11 seconds before takeoff. The launch was delayed to Wednesday, as a private helicopter entered the airspace closed by the American Federal Aviation Administration (FAA) due to the mission.

The Roman Space Telescope has a big target