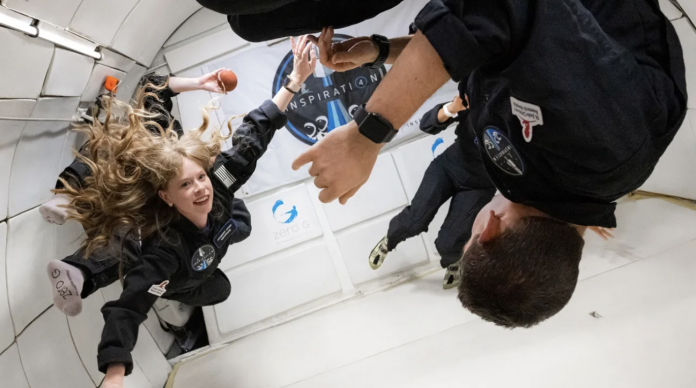 The Inspiration 4 team successfully completed its mission last week. However, remarkable shares continue to come from the SpaceX front.

SpaceX has sent several Crew Dragon spacecraft to the International Space Station. However, this vehicle is the first vehicle surrounded by a glass dome. Well, if you ask what works, the answer is simple: to watch the scenery. During launch and landing, the dome is protected by the spacecraft’s nose cone.

SpaceX’s first fully civilian flight made a sensation around the world. Images of the mission continue to come. Dr. A video that Sian Proctor shared on Twitter received thousands of likes. The image featured a unique view of the world.

The moment when me and my amazing crew, @rookisaacman, @ArceneauxHayley, @ChrisSembroski opened up the @SpaceX cupola for the first time, a true highlight of the @inspiration4x mission. Make sure you tune into Countdown on @netflix to see more epic moments from space! @TIME pic.twitter.com/AKmturr9Du

SpaceX CEO Elon Musk also retweeted this Twitter post to reach 60 million followers. The striking image also features Chris Sembroski’s reaction to the magnificent view. Sembroski’s heartfelt reaction as he gazed at Earth during his first and only space travel seems quite natural.

Another video captured by a camera near the dome shows a beautiful sunset in orbit.

View of an orbital sunset from Dragon's cupola pic.twitter.com/Fl1fLrXD9o

Meanwhile, Isaacman, founder of Shift4 Payments from the team, secured the flight in an exclusive deal with SpaceX. The main purpose of the mission is St. He said he was raising money for the Jude Children’s Research Hospital. However, he also stated that he conducted various science experiments in microgravity conditions during his three days in space.

Doctor Who: Jodie Whittaker may leave after the season.