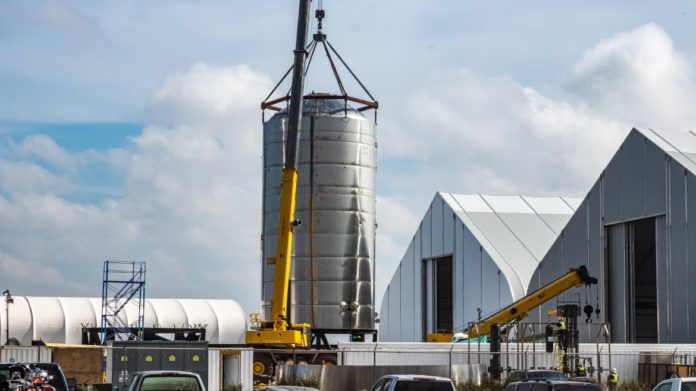 The Starship SN1 prototype on which SpaceX was working exploded during the pressure test. You can reach the video of Starship SN1, which is divided into pieces, from our news.

The reusable Starship SN1 was designed to complete interplanetary missions, primarily the Moon and Mars. It will also serve as the second phase of the super heavy rocket (BFR) that SpaceX is working on.

The SpaceX Starship SN1 prototype was destroyed tonight during a pressure test at the company’s plant missile launcher.

The video was broadcast on YouTube, where live broadcasts from LabPadre’s test space. On February 28 at 22:00 local time, the Starship SN1 prototype broke into pieces near Boca Chica, Texas.

As seen in the video, the prototype was filled with liquid nitrogen during the test. As a result, the bottom of the Starship SN1 exploded, and the wreck of the spacecraft rose to a height of 10-20 meters.

As is known, SpaceX is a space transportation company. The company, which has achieved many successes with Elon Musk in recent years, has announced a project that has been talked about a lot in the past months. The purpose of SpaceX in this project is to provide internet service via satellite. This project got a lot of reaction because the company plans to send 42,000 satellites into space by 2077. As we mentioned in our previous news, the FCC license that the company acquired for these satellites is not fully in compliance with the law.

With SpaceX’s last launch, the number of satellites in space has reached 300. But they couldn’t catch the rocket that landed after the last satellite they sent.

Brazilian Researchers Advance To Use Pig Organs In Humans

As the Oceans Warmer, Sea Creatures Go Towards the Poles