Dragon Crew, SpaceX’s space capsule, has just taken off from a base in the US state of Florida. This was the first manned launch by a private company in the history of space exploration. Two NASA astronauts, Douglas Hurley and Robert Behnken, are on board following a trip to the International Space Station.

Elon Musk, CEO and founder of SpaceX, even commented earlier today that there was a good chance that the launch would be canceled again. The first attempt was made on Thursday (27), when bad weather forced NASA and Musk’s company to abort the mission.

Today’s launch of SpaceX (30) was a historic moment for NASA’s manned missions. After nine years of sending its astronauts to “ride” space on Russian rockets, the American space agency will again conduct space flights with humans from its territory.

The Demo-2 mission also marks the first launch of a CrewX capsule, from SpaceX, carrying astronauts, inaugurating the partnership model with the private sector in manned missions.

Since its space shuttle program ended in 2011, NASA has stopped developing its missions on its own, relying on the help of private companies on cargo flights since 2012. 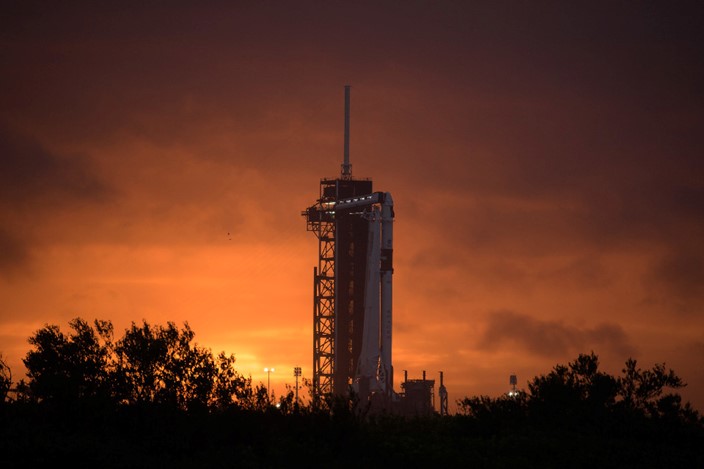 Confidence makes today’s flight an essential launch for the United States, even with the pandemic caused by the new coronavirus plaguing the country, according to NASA administrator Jim Bridenstine.

“Our country has been through a lot. But this is a unique moment when all the United States can have a moment and look at our country doing something impressive again,” said Bridenstine during a news conference on the 26th of this month.

The SpaceX Demo-2 mission will be an important test for NASA’s Artemis program, which aims to land humans at the south pole of the Moon in 2024. “We are proving a public-private partnership business model that, ultimately, will allow us to go to the Moon in a sustainable way “, said Bridenstine.

Even without the certainty of today’s launch, NASA is already preparing a new mission, called Crew-1, scheduled to launch on August 30. But a new release will only occur after Demo-2 has completed the test mission safely.