Home Tech SpaceX is sending four astronauts to the International Space Station: for the... 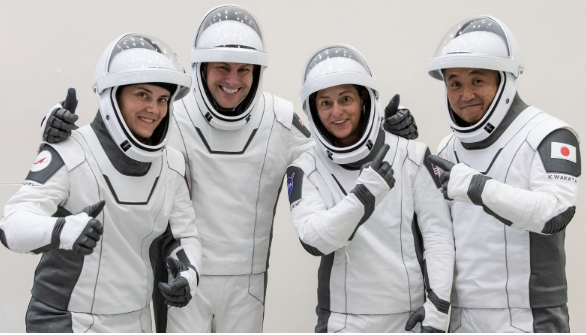 SpaceX recently made a new flight for NASA. A mission called Crew-5 sent four astronauts to the International Space Station. The mission also opened up new horizons years later.
While humanity’s space exploration continues apace, SpaceX has completed a new mission today. The giant space company, working under the leadership of Elon Musk, sent astronauts into space for NASA during a launch carried out in the last hours.

The flight of the SpaceX Falcon 9 rocket, which recently signed an agreement with NASA to rescue the Hubble Space Telescope, is called Crew 5. The mission continued the company’s successful flights, delivering 4 astronauts to the International Space Station.

Liftoff of Falcon 9 and Dragon! pic.twitter.com/TKEw6S1rKE

In a mission carried out in Florida, USA, the crew flew to the International Space Station at 19:00 Central European Summer Time in an Endurance capsule on a Falcon 9 rocket. The Crew 5 mission was also registered as the second Endurance space flight. The reusable capsule, like the Falcon 9, completed the Crew-3 mission at the station last year.

For the first time since 2002, an astronaut flew on a US spacecraft.

There were four cosmonauts in the car, who were to spend six months at the station. Two of them are American NASA astronauts Nicole Mann and Josh Cassada, one is a Japanese astronaut from JAXA (Japan Space Research Agency) Koichi Wakata, and the last one is the Russian cosmonaut of Roscosmos Anna Kikina. NASA has signed an agreement with Roscosmos to send Kikin into space. The Crew 5 mission also made Kikina the first Russian cosmonaut to fly on SpaceX, and the first flight on an American spacecraft since 2002.