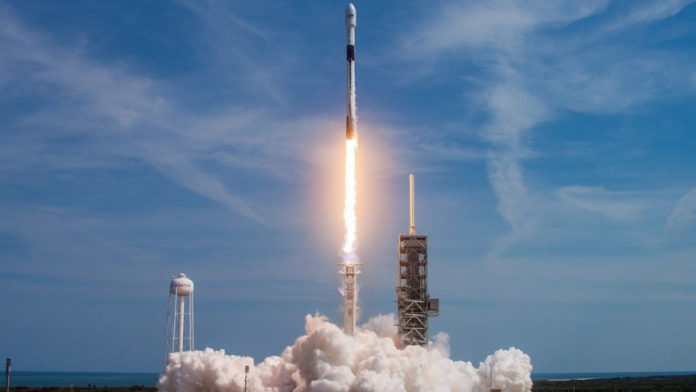 Space transportation company SpaceX sent 60 satellites into space as part of the Starlink 6 project. After the company’s 7th Starlink mission was successfully completed, the total Starlink satellites in space reached 420.

Elon Musk’s company SpaceX, which is considered one of the most famous entrepreneurs in the world with its investments, has successfully launched 60 more satellites into space as part of the Starlink project, where it will provide internet to the world through satellites. The 60 satellites launched under the name Starlink 6 with the Falcon 9 rocket enabled the company to complete its first step in the Starlink project.

According to the plans of SpaceX, when 400 satellites are reached, service will be started in the minimum internet coverage area. A total of 420 Starlink satellites were launched into space, with satellites launched today. Elon Musk announced that a private beta preview of the Starlink internet service could begin within 3 months. In order for the company to start serving with a wider coverage area, 800 satellites must be sent to space. It is aimed to establish a fleet of 12 thousand satellites for the whole world to receive internet service via Starlink. SpaceX will continue to send Starlink satellites into space for this goal by 2027.

Falcon 9 successfully landed on the ground

Falcon 9’s first stage has landed on the Of Course I Still Love You droneship! pic.twitter.com/yl2T8rpJXq

The Falcon 9 rocket, which brought 60 new satellites into space, started returning to Earth after the completion of the first phase. The rocket, which restarted its engines when it reached its landing point, successfully landed with 3 fired engines. With this landing, SpaceX has succeeded in landing on the ground for the 51st time.

SpaceX, which can now launch 60 satellite packages with Falcon 9 rockets, can speed up the process with rockets that can carry more loads to orbit such as Falcon Heavy, Starship in the future.

SpaceX getting ready for the first manned flight
The USA, which has been sending its astronauts to space by paying money to Russia’s Soyuz spacecraft for a long time, will start sending astronauts again to ISS next month with SpaceX’s Dragon capsule. This launch is also of special importance as the first time a private company sends people into space. SpaceX has traveled to ISS 15 times since 2012, but all of them were performing various tasks such as cargo.

If Instagram Goes Down, Your Application Will Notify You Of The...

Xpring: Investors move from Bitcoin and Ethereum to Ripple’s XRP