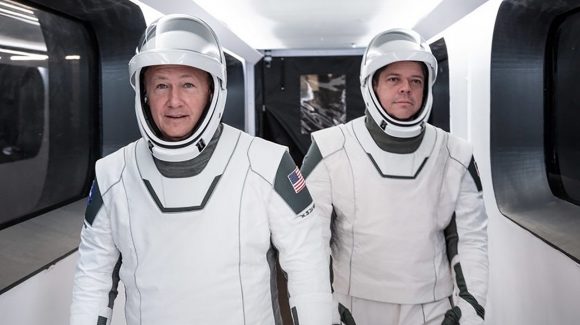 US space transportation company SpaceX is preparing for a historical mission with its first astronauts. The company’s owner, Elon Musk, will send SpaceX astronauts Bob Behnken and Doug Hurley to space. This journey aims to eliminate the USA’s dependence on Russia.

The flight SpaceX plans to launch this spring can start a new era in US space history. Because the American National Aviation and Space Administration (NASA) is dependent on Russia’s Soyuz rockets to transport personnel into space.

Elon Musk in preparation for SpaceX astronauts
If the flight in question is successful, the US dependency on Russian systems will cease. The flight with the Crew Dragon spacecraft will be recorded as the first commercial spacecraft to carry an astronaut.

How were astronauts chosen?
ScienceAlert has provided some information about the selection process of astronauts:

In 2018, NASA chose Behnken and Hurley as SpaceX astronauts from the 9 designated people. Two astronauts will go down in history as the first people to use commercial spacecraft if nothing goes wrong.

Elon Musk is expected to send astronauts, who are also military pilots, to the International Space Station (UUI) for a test flight in April, May or June.

Astronauts were hired by NASA in 2000 and have worked together on the space shuttle program ever since.

Is space travel safe?
Security comes first in space flights. The commercial crew astronauts in question carried out exercises to evacuate SpaceX’s launch pad in case of a possible danger before departure.

In an emergency escape scenario, astronauts land on the ground with a structure similar to a zipline, and an armored vehicle takes them. In the event of a possible accident after takeoff, the escape pod of Crew Dragon comes into play.

In the meantime, let’s remind you that SpaceX’s emergency escape test, which is done by blasting the Falcon 9 rocket, has been successfully completed.