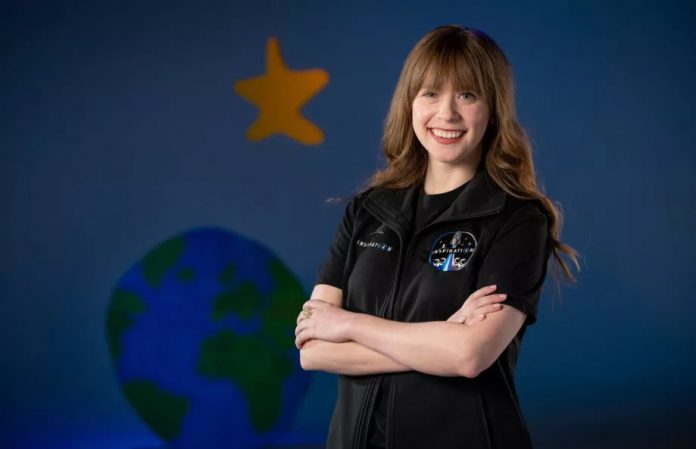 SpaceX, one of the first companies that comes to mind when it comes to space, is preparing for a new civilian space mission. The most important feature of the mission called Inspiration4, which is a planned SpaceX Crew Dragon flight to earth orbit, is that the team consists entirely of civilians.

SpaceX today, St. Hayley Arceneaux, a physician assistant at the Jude Children’s Research Hospital, announced that she will participate in the first civilian space trip.

Hayley Arceneaux, who defeated cancer, will be the first person in space to have a prosthetic body part. According to the mission’s press release, crew members are selected based on “mission characteristics of leadership, hope, generosity and prosperity.” SpaceX said Arceneaux would represent hope.

At the age of 10, he was diagnosed with bone cancer, as part of his treatment, some of the bones in his left leg were replaced with titanium. She is currently working with children who are treated for lymphoma and leukemia in St. She was treated at Jude. In the upcoming mission, Arceneaux will achieve a first. The mission is scheduled for late 2021, and if everything goes as planned, 29-year-old Arceneaux could also be the youngest American to go to space.

Selection process for crew members, St. For Jude, people would like to take St. They will be selected through fundraising in a raffle where they can donate to Jude. The fourth crew member will be the winner of a competition sponsored by billionaire Jared Isaacman who funded and led the mission.