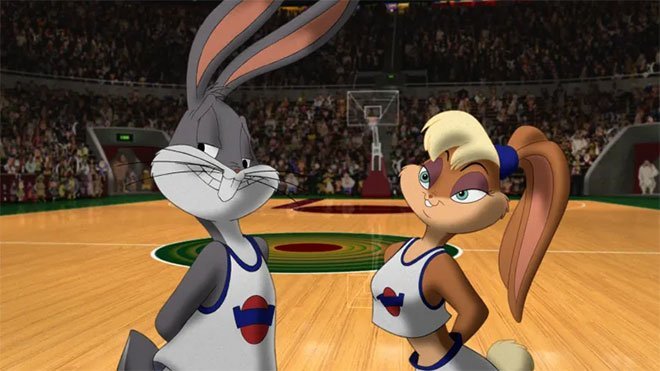 Space Jam: A New Legacy will hit theaters on July 14. Along with the long-awaited movie, a video game will also be released. Space Jam, the game of the same name as the movie, will be added to Xbox Game Pass Ultimate on July 1. Xbox owners will also be able to access the game from the Microsoft Store starting July 15.

The name Space Jam leads many to the expectation that they will encounter a basketball game. However, in the game, players use LeBron James, Bugs Bunny and Lola Bunny to fight against the Goon Squad.

Looking for the piece of the Legend Code, players will try to find the location of the artificial intelligence villain named Al G. Rhythm by combining the pieces. The heroes of the game will perform special tricks, including basketball moves, to achieve their goals.

LeBron James, Bugs Bunny and Xbox asked fans for ideas for the game to be built on the movie last December. The developer of the game came up with the final product by combining the different ideas of the retro game experts at Digital Eclipse.

The news from the game front for Space Jam: A New Legacy is not limited to this. Microsoft has also prepared special Space Jam-themed game controllers for Xbox. These controllers have Tune Squad, Goon Squad and Serververse themes. The game controllers will be available on July 8 with a price tag of $ 70.