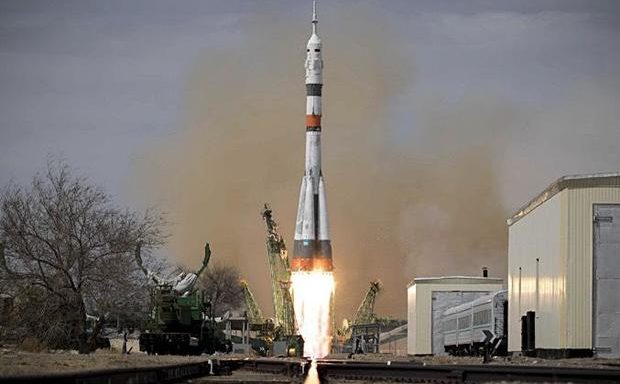 Soyuz MS-16 was launched from the Baikonur Space Base in Kazakhstan to the International Space Station (UUI).

Soyuz MS-16 spacecraft launched from Baykonur Space Base in Kazakhstan to the International Space Station (UUI) at 14.05 am local time, cosmonauts Anatoliy Ivanishin and Ivan Vagner, and the US Aviation and Space Agency (NASA) astronaut Christopher Cassidy It will take. The team, which is expected to reach the space station after 6 hours, will carry out scientific research.

The moment of launching the capsule was broadcast live on the website of the Russian Federal Space Agency (ROSCOSMOS).

It has been announced by ROSCOSMOS that the team will support the working capacity and equipment of the station within 6.5 months when it will be located in the UUI, and will carry out studies such as experiment, cargo capsule welcome and load reduction.

Cosmonaut Oleg Skripochka, who has been with the NASA astronauts Jessica Meir and Andrew Morgan since September 2019, is expected to return to the world on April 17.

Space research and basic science experiments are being conducted at the UUI, which is co-operated by NASA, ROSCOSMOS, the European Space Agency (ESA), the Canadian Space Agency (CSA) and the Japanese Space Research Agency (JAXA).

Google TV Is Getting More Useful