Home Science The spacecraft that Europe sent to the sun made its first close... 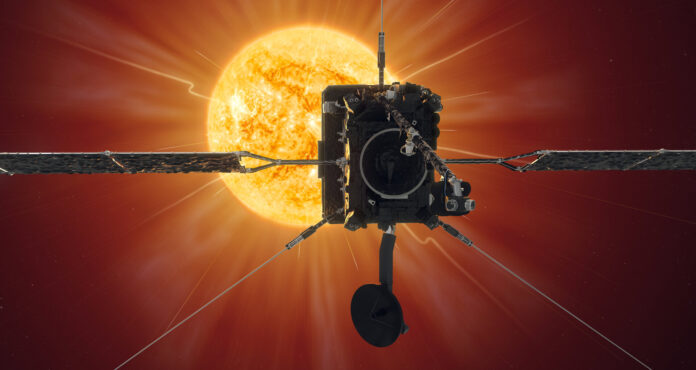 Solar Orbiter, the space probe developed by ESA, completed its first close transition to the Sun within the scope of the Solar mission. The spacecraft is now 77 million kilometers from the Sun.

The spacecraft Solar Orbiter (SolO), sent by the European Space Agency (ESA) near the Sun, completed its first close transition to the Sun. This close transition, known as the Perihelion, places the probe somewhere between the orbits of Venus and Mercury. It is known that SolO, which is now 77 million km from the Sun, will go to 43 million km of the Sun in the coming years.

This mission is of great importance for our own Solar System, because so far only 5 spacecraft have explored the internal Solar System. These spacecraft; Mariner 10, Helios 1 & 2, Messenger and Parker Solar Probe.

What is the distance of the Earth from the Sun?

Unlike many planets, our Earth is at a convenient distance to the Sun. Duny, which is too hot to take the form of ice and not too cold to evaporate, offers an average distance of 149 million kilometers between the Sun and the Sun. This distance is so much that even light can reach from one place to another in 8 minutes. In other words, the Sun lights that we see in the sky every day present us the image of the colossal star 8 minutes ago.

Developed by world-renowned aviation company Airbus, SolO has already begun using many scientific tools, but is expected to approach the Sun more for full capacity operation. The vehicle, which started the experiments partially early, seems to have a long road ahead. On the other hand, Parker Solar Probe, the spacecraft NASA sent to investigate the Sun, is much closer to the Sun. Parker Solar Probe passed only 19 million kilometers from our Sun on June 7th.

A green glow was observed in the atmosphere of Mars