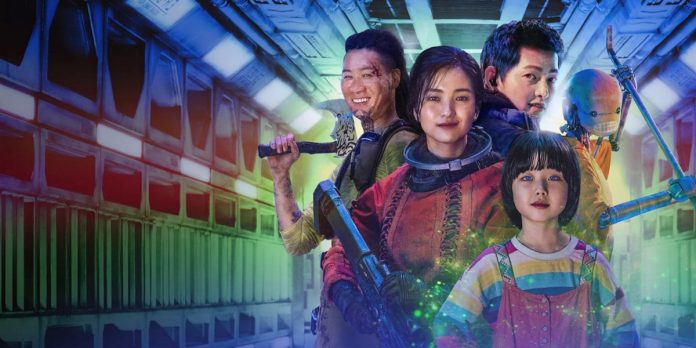 The sci-fi film has become a hit starring famous actor Song Joong Ki, along with fellow stars Kim Tae Ri, Jin Seon Kyu and Yoo Hae Jin, whose actions in the story revolve around the character Par Ye Rin, an 8-year-old girl in the role of Dorothy.

Space Sweepers is considered the first South Korean science fiction blockbuster that portrays outer space, so far it has had a very good reception and praise from the international public.

The history of Space Sweepers takes place in the year 2029, with the Earth turned into a great inhospitable desert, without forests, with sterile soils and a polluted atmosphere in which you cannot breathe.

In the narrative, the protagonists of Space Sweepers will face a turning point in their lives when they find Kang Kot Nim whom everyone calls Dorothy, played by actress Park Ye Rin who they create a robot of mass destruction.

Space Sweepers was filmed two years ago, when Park Ye Rin was approximately 6 years old (she was born in January 2013). The little girl now eight years old, before and after participating in the film, she has worked as a model in some commercials. She also has an account on the social network Instagram.