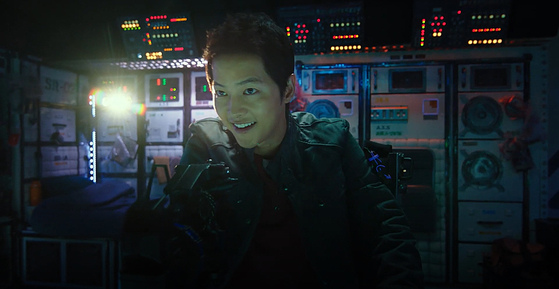 Actor Song Joong Ki will return with a new film and this time he will take us on a trip to outer space.

We are getting closer and closer to the premiere of Space Sweepers and here we tell you everything you need to know about this film full of emotion and the cast.

Korean productions continue to make their way into the Netflix catalog and win over many fans around the world, which is why Space Sweepers is a highly anticipated film, both by Korean film fans and Song Joong Ki fans .

The story takes us to know a scenario in the year 2092 while we accompany a team in charge of collecting space debris. However, his routine will become dangerous after encountering a humanoid-shaped robot that could cause serious damage.

This is Dorothy, a famous creation who is also a weapon of destruction, what will change for the characters from now on?

WHAT YOU SHOULD KNOW ABOUT SPACE SWEEPERS

Although some photos of what this film will look like had been revealed, the official poster for the Korean film was recently unveiled , this time with a colorful setting and the four leads for this story holding weapons.

The cast of Space Sweepers consists of Song Joong Ki, Kim Tae Ri, Jin Sun Kyu, and Yoo Hae Jin , as well as other acting stars. Its premiere was originally scheduled for September of last year, but it was rescheduled and will now be revealed on February 5.

From Young Climate Activists to Leaders: ‘You Stole My Dreams ’