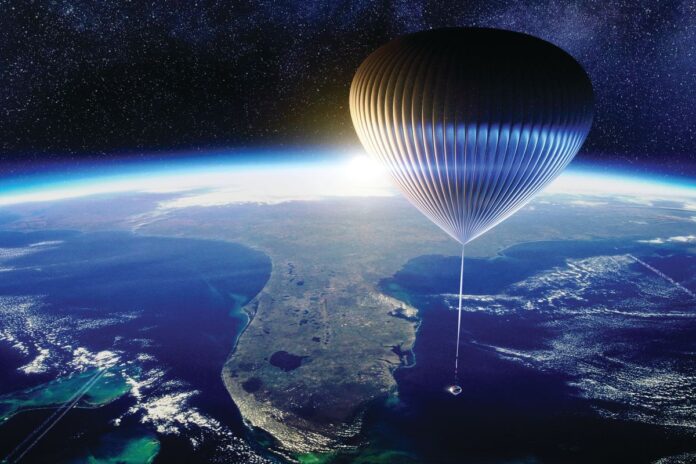 A new initiative called Space Perspective continues its preparations to give a new perspective to space tourism. The company is developing a new generation of balloons to transport tourists and supplies into space. Space Perspective plans to test space balloons at the beginning of 2021.

There is now a new company in the future space tourism competition. Space Perspective, which will add another dimension to the space travel with traditional rockets with balloons, was founded by Jane Poynter and Taber MacCallum.

Speaking about the journey to be made with high altitude balloons, Space Perspective announced that the journey would take a total of 6 hours. With the first two hours of this 6-hour journey to rise, the next two hours will pass for watching the Earth view and the last 2 hours for landing.

The company plans to launch its balloons from the Kennedy Space Center in Florida (!). The balloon and the capsule it carries will descend into the Atlantic Ocean after the cruise and will be met by a ship.

The founders of Space Perspective had established another company that had previously planned a space trip with a balloon.

Balloon space tourism of Space Perspective may be familiar to you. Jane Poynter and Taber MacCallum, co-founders of the company, previously founded the stratospheric balloon company World View, whose primary task was to carry research materials, including communications and observation equipment.

Jane Poynter continues to work at the company, although Ryan Hartman has been appointed as CEO of World View. World View, headquartered in Arizona, continues its production activities at this center and continues its development work on balloons.

Space Perspective is a completely separate company from World View. Space Perspective, as we mentioned above, plans to fly in the Kennedy Space Center. However, the company plans to operate in other launch centers over time.