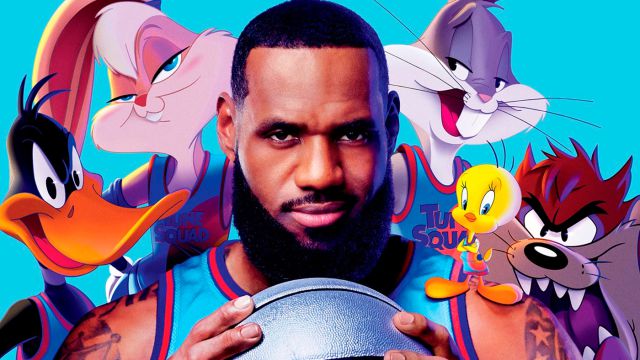 Space Jam: The long-awaited sequel to the memorable crossover between the NBA and Looney Tunes shares its final trailer ahead of its next theatrical release on July 16. Space Jam: New Legends (Space Jam: A New Legacy), the sequel to the mythical Space Jam of the 90s that bet on crossing Michael Jordan and the NBA with the most famous characters of the Looney Tunes, presents its apotheosis final trailer in which its two main protagonists, LeBron James and Bugs Bunny, along with the rest of the generous cast, give their all for its next theatrical release, set for July 16, 2021.

Thus, the new Warner Bros. film has everything to surpass its original delivery despite the global pandemic of the coronavirus, whose collection in 1996 was 250 million dollars, not bad for the time. All this through a simultaneous premiere in the United States in cinemas and HBO Max, while in Spain it will only be released in theaters.

Along with the new trailer that you can see heading the news, Warner Bros. has shared a new poster. And what does this new advance offer us compared to the previous one? Much more action, humor, impossible plays and endless cameos and a parade of characters that will surely remain to be remembered. All this with NBA superstar LeBron James as the main claim along with a cast in which names such as Sonequa Martin-Green, Khris Davis and Don Cheadle stand out.

Malcom D. Lee (Undercover Brother, Girls Trip) is directed by Ryan Coogler (Creed, Black Panther). We leave you with his official synopsis: “LeBron and his son Dom are trapped in the digital space of an all-powerful and evil force called A.I. In order to return home, LeBron will have to with the help of Bugs, Lola Bunny and the entire gang of very undisciplined Looney Tunes. Together they will have to defeat the digitized champions of A.I. and they must do it on the basketball court. This is a spectacular list of basketball stars the likes of which has never been seen. They are the Tunes against the Goons facing the most important challenge of their lives that will serve to transform LeBron’s bond with his son and shed light on the power of being yourself. “