Home Entertainment Space Jam: A New Legacy The Game, analysis. As the movie is... 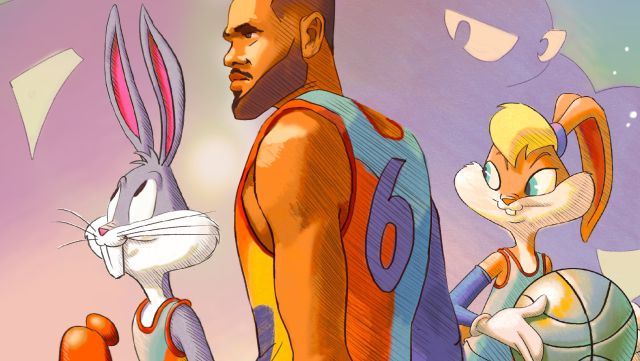 Space Jam: A New Legacy The Game: More than a movie, a brilliant commercial operation, the first Space Jam succeeded because it had charm, it knew how to laugh at itself and its universe, it had a brutal rhythm and everything that we kids / teens of the 90s adored: The Looney Toons, ‘cool’ music, the national treasure of unscripted Bill Murray and Michael Jordan, a god in that decade – but such a god, like Michael Jackson in music. It was animation + Live action a la Roger Rabbit, and seeing it today is like seeing all that 90s nostalgia -fun, good vibes, the music (PIECE of sound still has), the ‘looks’, the clothes- concentrated in 90 minutes.

This summer we have Space Jam: A New Legacy, which arrives almost 30 years later … And obviously, it is not for the 90s children who are now dads, but for their children and for this decade, whose trailer already promises a cataract of authentic ‘products Warner placement ‘just like they do in their LEGO Movies.

We don’t know what that sequel will be like, because we haven’t seen it yet – Will it become an icon like the original, a time capsule of its time and a hit as a movie that kids will want to see 200 times? – but yes we have played your video game. And the best thing to say is this: Thank goodness it’s free.

Space Jam had a video game (for the first PlayStation) in which 4 minigames were mixed with basketball matches against the Monstars -the typical mediocre game but for a child who had just come out of watching the movie was the bloody GOTY from the decade. But for A New Legacy, Warner has made two decisions: Make a pure retro action game and Free to Play.

Thus, Space Jam: A New Legacy – The Videogame is a super classic ‘me against the neighborhood’, also in purity 2D lateral advance in which to clear each screen of enemies, move on to the next, solve the odd scenario challenge and face a Final Boss.

There is a plot that follows that of the movie, and at the beginning it gives you a choice between three characters: Bugs Bunny, LeBron James and … as a surprise, Lola Bunny – which we loved. But in practice, it honestly doesn’t matter who you choose, because in 30 minutes you’ll see the screen ‘The End’. That’s right: This game only lasts half an hour, with an additional 10-15 minutes in Boss Rush mode if you feel like it. It’s 3 levels + 3 Final Bosses and it’s over.