Home Entertainment Space Jam 2 Will Feature Michael Jordan, But it Won’t Be a... 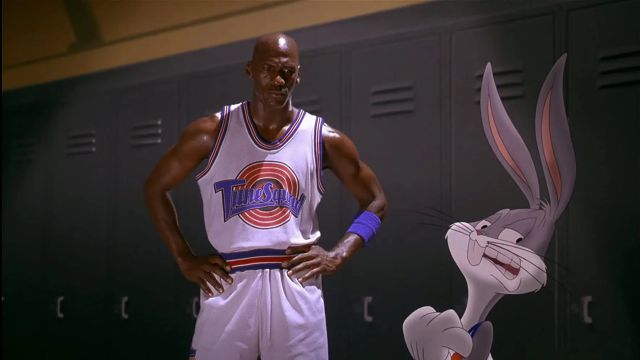 Space Jam 2: The former NBA star was one of the main characters in the first film, but now he will repeat in an “unexpected way.”The mixture of Bugs Bunny with real basketball players materialized in Space Jam, a film that combined live action with two-dimensional cartoons. More than two decades after the release of this film, the sequel is already underway. Space Jam: New Legends returns with the characters of the Looney Tunes, but also with Michael Jordan. This has been revealed by Don Cheadle, one of the stars of the sequel. Of course, he will appear in an unexpected way.

“Michael Jordan is in the movie, but not in the way you might expect.” The interpreter has clarified that it will not be a normal cameo, but has ruled out commenting more on it, so from now on everything is speculation. If in Space Jam Jordan was the player who accompanied Bugs Bunny and company, now it is the turn of LeBron James, who is currently wearing the Los Angeles Lakers elastic. He will be accompanied by the aforementioned bunny, Daffy Duck or the Tasmanian Devil, among others. Don Cheadle, Sonequa Martin-Green and Zendaya are some of the confirmed actors.

Locked in another dimension

In Space Jam: New Legends, LeBron James will be trapped alongside his son Dom of his in another dimension, named Force A.I. It is a direct sequel to the 1996 film, although this time it will be a new basketball player who meets the animated characters. The goal, of course, will be to return home safely, so he will join forces with the protagonists of the Looney Tunes to play the game of their lives against the champions digitized by A.I.

The anime world is in mourning: Edens Zero director dies

Why Avatar 2 Gives Jake & the Neytiri Kids, according to...