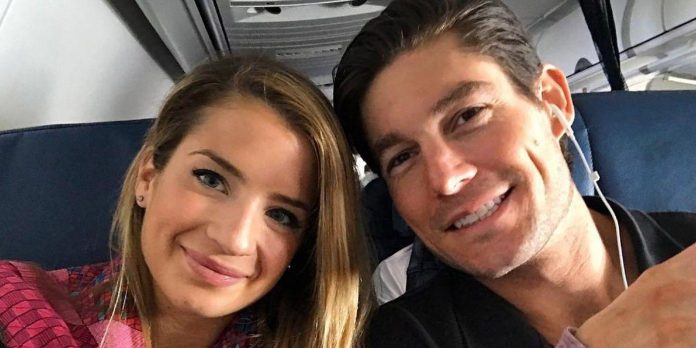 In the latest episode of Southern Charm, Craig Conover shared that his ex-girlfriend Naomi Olindo was the love of his life, and fans shared their reaction to his confession. Craig introduced Naomi in the third season of “Southern Charm” as his girlfriend, and fans enjoyed watching their relationship with each other. However, after they began living together in season 4, viewers watched as Naomi became increasingly disillusioned with Craig due to his lack of ambition. After almost three years of living together, they decided to break up.

After breaking up with Naomi, Craig began dating Natalie Hegauer, whom fans briefly saw in season 7 of Southern Charm. However, after more than a year of living together, Craig and Natalie broke up. A few months later, after much speculation from the public, Craig and Summer House star Paige DeSorbo announced that they had officially become a couple. At the premiere of the 8th season of Summer House, it was revealed that Craig and Naomi briefly met before he and Paige became official. Although it was no secret to Paige, it seemed that there were unresolved feelings between Craig and Naomi that the other actors of “Southern Charm” were trying to analyze.

Related: Southern Charm: Why Naomi’s Breakup with Metul Did Her Good

In the last episode of the 8th season of Southern Charm, Craig let slip that Naomi was the love of his life. Reddit user beachhouserva asked the question: “Craig says, ‘Naomi was the love of his life’ — what should Paige feel?” Hellobeachh1 replied: “I don’t believe for a second that he completely forgot about Naomi. Maybe he contacted Paige to make her jealous, or Naomi said she didn’t want to be together again. And he called her baby, and if my boyfriend had done that while talking to his ex, I would have been furious.”

Many fans also noted that Craig and Naomi had an intimate conversation during which he told her that he would love her forever, and wondered how Paige would feel watching them. Although Craig and Naomi both insist that there is nothing between them, fans of “Southern Charm” can’t help but notice the spark between them. The former couple recalled their past relationship, and Craig mentioned that Naomi would have liked his current version while they were together. Reddit user Linesinthewater wrote: “It’s very revealing that as soon as they had the opportunity to be together again, they did it. I’d be worried if I was Paige.

Despite all the rumors surrounding Craig and Naomi, it seems that Craig and Paige’s relationship is solid. Craig announced that Paige would move in with him for May and June and would help him with the renovation of his Charleston home. He shared that eventually they plan to make the move permanent, which caused rumors about a future wedding. If Paige is really moving to Charleston, fans may soon see the Summer House star become a beauty from the Southern Charm series.