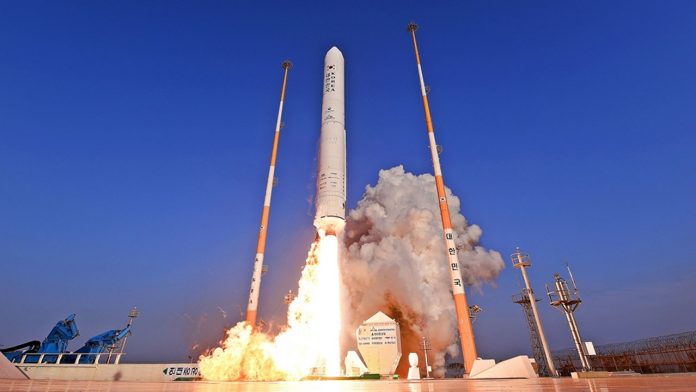 South Korea: The domestic space rocket named Nuri, which South Korea has been working on for years, was launched recently. The rocket launched to put a fake satellite into orbit, unfortunately, did not succeed. The President of South Korea announced that the problems will be overcome. South Korea, which has been the subject of our news mostly thanks to technology companies, is here with a remarkable development regarding the space sector. The government has officially launched the domestic rocket “Nuri”, which it has been working on for a while, into space recently. This launch, however, was unfortunately unsuccessful. Nuri means “World” in Korean.

Launched at 11:00 am Turkey time, the rocket was carrying a fake satellite. The mission of this rocket was to place the fake satellite into Earth orbit. However, this expectation was not met. Nuri was unable to place the mock rocket into orbit. “Unfortunately, we did not fully achieve our goal,” said President Moon Jae-in. statements were included.

“It won’t take long for us to succeed”

Moon Jae-in, who made words of praise for the officials working within the scope of the project, said that the work continues. “It won’t be long before we launch the payload at the target point.” “The Korean Space Age is approaching,” said the South Korean President. With their statements, they showed how serious they were about this rocket.

South Korean engineers are now working to complete Nuri’s missing parts. When the calendars show May 19, 2022, we will witness the launch of Nuri again. If that launch is successful, South Korea will finally have fulfilled its long-standing dream.