Home Tech Source 2 Game Engine Will Allegedly Come to CS: GO on May... 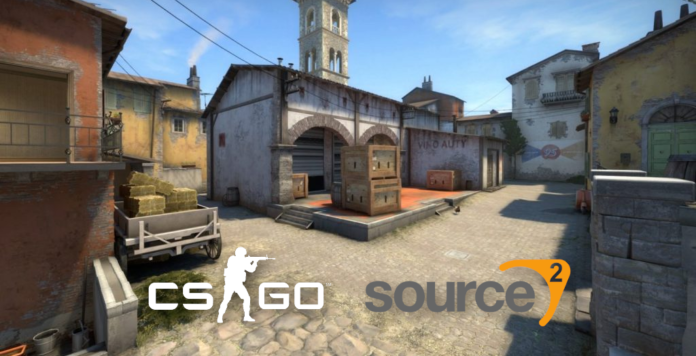 Source 2, Valve’s new game engine, announced in 2015, has been associated with Counter-Strike: Global Offensive for some time. CS: GO will have the Source 2 engine as of May 18, according to a claim raised in China’s social media Weibo.

Valve, one of the important names in the video game industry, has another place in the eyes of gamers. Because the company offers Steam, the world’s most popular online gaming platform, on the other hand, it is the developer of games such as Dota, Half-Life and Counter-Strike, which are popular all over the world. All three of Valve’s mentioned games are still being actively played by millions of players.

Valve-signed Counter-Strike series has been in our lives since 1999. Although the overall flow of the game has remained the same over the years, there have been important changes in both appearance and dynamics. Gamers most recently met a new Counter-Strike game in 2012, and since then the most popular game in the series has undoubtedly been called “Global Offensive”.

Valve has made changes to the engine from time to time in its released games. These changes caused the games to change in terms of gameplay and appearance. In this context, Valve’s latest game engine was “Source 2”. Source 2, announced in 2015, was the first time we came across Dota 2. The company also used its new game engine in Dota Underlords and Half-Life: Alyx.

Source 2 may arrive in CS: GO soon
Counter-Strike: Global Offensive fans have been asking for Source 2 engine to come to this game for a long time. However, Valve did not play his cards open in this regard. As such, some gamers have begun to set up examples of how the game can look in the Source 2 engine with their own efforts. However, according to some recent claims, Source 2 will arrive in CS: GO shortly.

According to information in China’s social media Weibo, Valve has added the Source 2 engine to CS: GO. It is even said that the game will be updated as of May 18 and will be moved to the Source 2 engine. This has been spoken for a while, “Source 2 will be coming to CS: GO shortly.” It also caused great excitement in the players, as it supported their claims.

Moving Counter-Strike: Global Offensive to Source 2 will also have an impact on the e-sports industry. Because Source 2 will almost recreate CS: GO. Unfortunately, this development has not yet been officially confirmed, and we should not raise our excitement until we hear Valve’s comments.