Home Celebrity This is how ‘ON’ sounds, The new BTS song 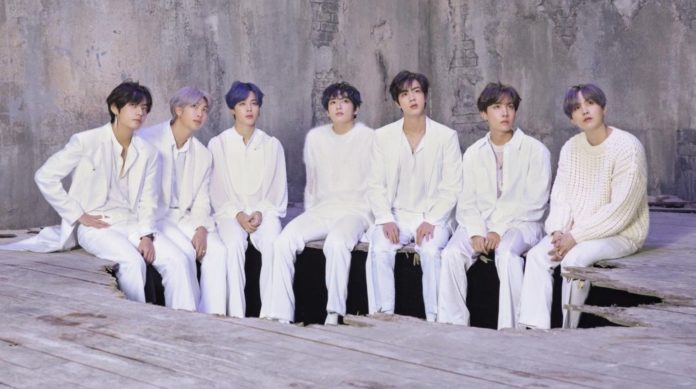 This is how ‘ON’ sounds, The new BTS song . Through TikTok, Bangtan revealed the first look at the main song of ‘Map of the Soul: 7’, listen to it here!

ARMY ! ‘ Map of the Soul: 7 ‘ is only a few hours away from being officially launched worldwide. The expected comeback of BTS is finally at our fingertips and the first preview of ‘ ON ‘, the main song of his new album is here.

After much speculation about what the concept of ‘ ON ‘ would be, the doubts have just been cleared thanks to BTS and TikTok . Read on to discover what the main song of ‘ Map of the Soul: 7 ‘ sounds .

Through their official TikTok account , the BTS guys shared a small video where we can listen to a fragment of ‘ON’.

At the time of the premiere of the advance of ‘ ON ‘, TikTok suffered some technical failures since the site fell for several minutes. However, in the end ARMY could hear the first officially revealed seconds about the new BTS song .

In a short video of only 30 seconds long, we can hear that ‘ON’ is a song full of energy and that it has traditional vibes, a concept that has undoubtedly already made BTS fans hallucinate .

The first videos of #ONChallenge have already begun to appear and are part of ARMY’s projects to support the BTS boys in this expected comeback.

See Also
BTS announces Map of the Soul: 7 The Journey, their Japanese comeback

BTS has ancestors of royalty, could they have been princes?