Home Science The sound of the ice piece thrown into the well at 137... 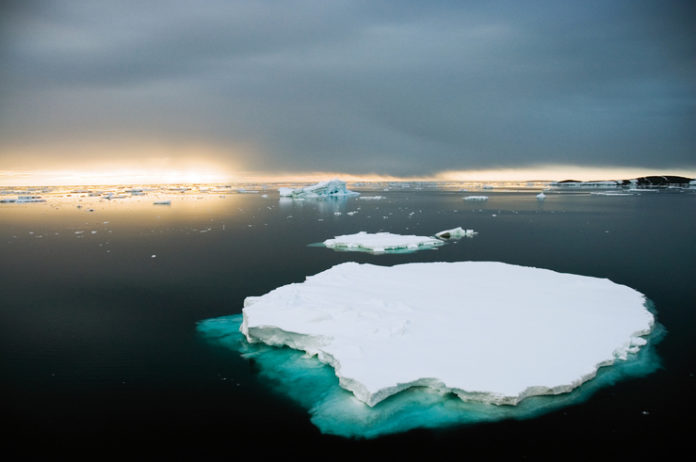 A research team working in Antarctica shared the video of the sound emitted by the ice they laid at a well of 137 meters deep. The ice floe fell to the bottom of the well, with a Doppler effect and a popping sound from space movies.

John Andrew Higgins, a geochemist from Princeton University, shared a video of ice thrown into a 137-meter deep well. The sound produced by the chunk of ice falling into the well surprised the viewers.

While the ice piece falls into the 137 meter deep well, only the ice piece hitting the wall sounds first. After a while, a sound resembles the sounds of laser gunners in space films.

Peter Neff, a professor of ecology at the University of Minnesota, said that in Antarctica, the research team reached about 800,000 years old ice cores to get the old air stuck in ice. The change in air quality over time can be measured from the air obtained by the well to reach the ice core.

The research team used the well to demonstrate the Doppler effect after their investigation into the 137-meter well. How do ice chips thrown into the deep well spread these strange noises?

Peter Neff explains the sound that ice makes when falling. Neff said, “The first sound you will hear when ice is falling is the pitch of falling. This Doppler effect. When the ice hits the bottom of the hole, the sound not only comes straight, but the sound waves also bounce off the edges of the hole. Strange voice, so this voice is heard. ”

The Doppler effect is the detection of the frequency and wavelength of an asset with a wave feature by a moving observer at different times or locations. In the ice experiment, while the ice falls into the hole, it always produces sound waves with the same frequency. However, sound waves moving towards the surface reach those who listen to the hole in lower frequencies.

The sound of ice thrown into the well of 137 meters

What does a 9 inch ice core sound like when dropped down a 450 foot hole? Like this! Credit to @peter_neff for the idea and @Scripps_Polar, @sciencejenna, @GeosciencesPU, @US_IceDrilling, and @paleosurface for the execution! pic.twitter.com/pW7LxKdbUB

First in Medical History: It Revealed that a Woman Produces Alcohol...